What Happens After My Lawyer Sends a Demand Letter?

What Happens After My Lawyer Sends a Demand Letter? 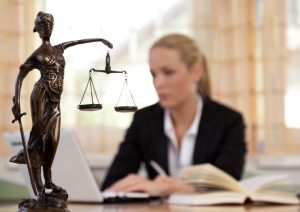 If you were injured in an accident, you should hire a personal injury attorney to prepare and send a demand letter for you.

A demand letter is less expensive than formally starting a lawsuit. Sometimes, a defendant might not know they harmed you or broke a law. The personal injury attorneys of Hach & Rose, LLP in New York City can help you craft an excellent demand letter that explains to the wrongdoer what they did and why they need to compensate you for your loss.

After a lawyer sends a demand letter, you are much more likely to get a favorable, or at least fair, response from the other side.

What Is a Demand Letter?

A good demand letter will do at least four things:

To clearly describe what occurred, the letter must articulate all the relevant specific facts. The demand letter should provide a narrative summary that states when and where the incident occurred and describes the incident. The point is to persuade, and facts are powerful. A good demand letter often also includes exhibits, such as witness statements, police reports, or accident and injury photographs. After reading the letter, the defendant and its insurer need to have a sense that if they do not resolve the case early, the liability could be more than the settlement demand.

Read more: Pros and Cons of Going to Trial

After laying out the facts, the next step in a good demand letter is to apply the facts to the law. Many defendants do not realize they broke the law. And a sophisticated reader, like an insurance claims manager or opposing counsel, will need to be persuaded about the law. Demand letters often include authority from past legal cases or jury awards from recent trials. The point is to persuade the reader that in a case like yours, the defendant is responsible and going to have to pay.

If the other side realizes they may lose and you have made a realistic settlement offer, they will typically negotiate in good faith. Time is money. The opposition may choose to settle the case early rather than incur legal expenses defending a lawsuit that they may end up losing.

Read more: How To File A Personal Injury Lawsuit

How Long After the Demand Letter Can I Expect a Settlement?

On the other hand, if the other side can debate liability, if claimed damages lack substantiation, if the insurance company thinks it can risk losing, or if the settlement demand is unreasonable, those are factors that can cause settlement negotiations to crawl or stall altogether. 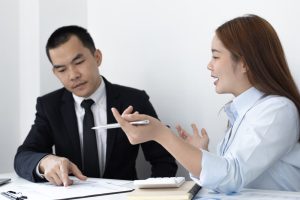 The time of year can also affect settlement negotiations. Insurance companies or larger, self-insured defendants might want to get liabilities off their books before they end their fiscal year (which is typically the calendar year). If an insurance company is on the fence about settling a claim, it is more likely to settle in November or December than at any other time of year.

Read more: How Are Personal Injury Settlements Paid Out?

Should I Hire an Attorney to Help Me with My Demand Letter?

Yes, you should. An experienced New York personal injury attorney can help you organize facts, gather evidence, analyze the law, and calculate a reasonable settlement offer. Preparing an effective demand letter is something you should not have to do on your own. The seasoned lawyers of Hach & Rose, LLP specialize in a variety of personal injury cases and want to help you prepare your case and draft a demand letter that gets your claim moving forward on the best foot possible.