What is the Black Box in Truck Accident?

What is the Black Box in Truck Accident? 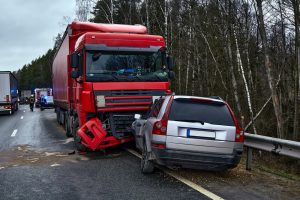 If you’ve been injured in a collision with a truck, you need an attorney with real truck accident experience who knows how the trucking industry operates and knows what evidence to look for to prove your case.

Truck/car collisions routinely result in death or catastrophic injuries for the occupants of the car, immediately creating the risk of multi-million-dollar damage awards against the driver, the trucking company, and their insurers. The trucking industry knows this better than anyone, and its members have teams of lawyers, investigators and experts on speed dial who get sent to the accident scene to gather evidence while the vehicle occupants are still in the ambulance.

One of the crucial items both parties need is data from the truck’s “black box” that, like the black box in an airplane, records the truck’s movements before, during, and after the accident. With that data, an accident reconstruction expert can testify about how the accident happened and which driver(s) caused the accident. If the trucker’s lawyers have that information and you don’t, your case will suffer significantly. For that reason alone, having just any garden variety personal injury attorney handle your case simply won’t do. You need Hach & Rose, LLP.

The official name for the black box is “electronic control module” (“ECM”). It is an onboard computer that constantly gathers and records details about the truck’s operation. Originally intended to help truck manufacturers fight warranty claims by drivers, the black box captures some or all of the following data that can be critical to assessing what happened when prior to and during the accident:

The black box operates differently than the airbag control module in passenger cars because the black box collects data continuously instead of being triggered only when an accident occurs. The information gathered and stored in the black box produced by one manufacturer may be slightly different from the data captured in one from a different manufacturer. 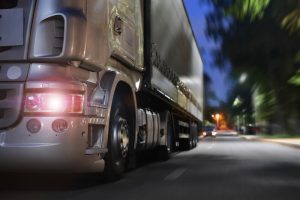 In addition, the data recorded is highly technical and must be accessed, downloaded, and interpreted meticulously by an experienced accident reconstruction expert. The trucker and his company will have their own expert who will try to use this same information to argue that the trucker was not at fault, so you have to be able to get to the truth of the matter.

One of the very first things your Hach & Rose, LLP attorney will do is notify the truck driver, the truck owner, and all their insurers that you are asserting a claim. We will demand that they preserve all evidence pertaining to the accident as is, especially the black box. Working with an expert accident reconstruction witness, our attorneys will use this and other evidence (such as police reports and witness statements) to explain why the truck driver was at fault. By being able to compare the relative positions of the vehicle prior to, during, and immediately after impact, among other things, our expert witness will be able to:

The black box also records less technical but equally important information, such as what communications the truck driver had with his company. These communications may contain damaging statements by the driver admitting that he had exceeded the maximum number of hours allowed during a specific window of time and might also disclose the driver’s or the company’s knowledge of repairs needed for the truck that were put off until after the accident with you. This kind of evidence can hurt the company’s image and make the company and its insurer more willing to settle the case.

Remember that the evidence from the truck’s black box can’t help you unless we get our hands on it before it is destroyed or goes missing. Call us at (212) 779-0057 today or visit us online to set up a free consultation with one of our experienced New York truck accident attorneys. It is the first step toward getting you the justice you deserve.