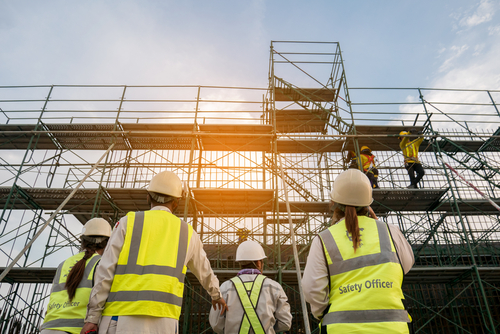 Regardless of the specifics of the incident that led to the worker’s injury, they are always entitled to worker’s compensation if they can prove that they were injured on the job site while they were working. But if someone else’s negligence was a factor in the accident, the worker may also be able to file a civil suit to win additional compensation.

How do scaffolding accidents happen?

What injuries are caused by scaffolding accidents?

Depending on the nature of the accident, injuries can vary from very minor to very severe. Falling from scaffolding could be fatal, as 35% of all construction site fatalities are attributed to falls. A worker might suffer lacerations, broken bones, paralysis, internal organ injury and bleeding, or a traumatic brain injury. The workers who are most at risk of injury by scaffolding are the ones who build and dismantle the scaffolding, before and after finished construction. This is because they are responsible for installing scaffolding when specific safety measures cannot be in place, such as ladders, guardrails, and planks.

How can scaffolding accidents be prevented?

To prevent scaffolding accidents, it is imperative to consult with an engineer to ensure that the scaffold can support its weight and four times that number. The construction crew needs to be properly trained on how to navigate the scaffolding and how to take advantage of safeguards such as guardrails. The crew should also be provided with safety equipment such as hard hats, harnesses, a vertical lifeline, and a vertical lifeline anchor.

If you were injured in a scaffolding accident on a construction site, you could be owed financial compensation. The team of construction accident attorneys at Hach & Rose, LLP is ready to assist you. We’ll investigate and build your case to win compensation to pay for your medical bills and lost wages. Call our office at (212) 779-0057 to schedule your free consultation today.