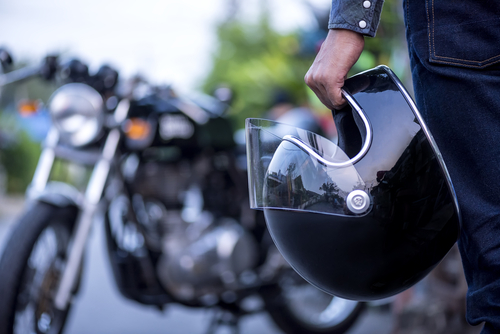 Because motorcycles are smaller in size, have less driver protection, and are less visible than many standard enclosed vehicles, they are significantly more likely to be involved in severe — and often fatal — road-way collisions.

According to a 2016 study from the National Highway Traffic Safety Administration (NHTSA), motorcycle driver fatalities were almost 28 times more frequently than deaths for drivers of standard enclosed vehicles. Alarmingly, there were a total of 5,286 motorcyclists killed in 2016.

However, NHTSA researchers found that the lives of almost 2,000 motorcyclists were saved by strapping on one single object — a helmet. In the 2016 report, researchers stated that “802 more lives could have been saved if all motorcyclists had worn helmets.” According to data from the Insurance Institute for Highway Safety (IIHS), helmets are “37 percent effective in preventing motorcycle deaths, and about 67 percent effective in preventing brain injuries.”

However, not every state requires motorcyclists to wear a helmet. Only 19 states (including New York) require all drivers to use helmets, no matter the circumstances.

Many factors contribute to the higher fatality rates among motorcycle drivers. Because motorcycles typically do not have restraint systems, a driver could quickly be launched several hundred feet in the air during a collision with another vehicle. According to the NHTSA, over 8.6 million motorcyclists sustained severe injuries from being involved in a car wreck.

If you own and regularly operate a motorcycle, it is crucial to understand that using the proper protective gear could reduce your risk of sustaining these traumatic brain injuries in the event of an accident.

All drivers have a legal obligation to respect the rights of motorcyclists, regardless of whether they are wearing a helmet or not. If you or someone you love has sustained severe injuries from a motorcycle accident due to another driver’s recklessness or negligence, you have the right to pursue legal action. At Hach & Rose, LLP, our skilled team of motorcycle accident lawyers will fight for you to make sure that you get the fair compensation you’re entitled to.