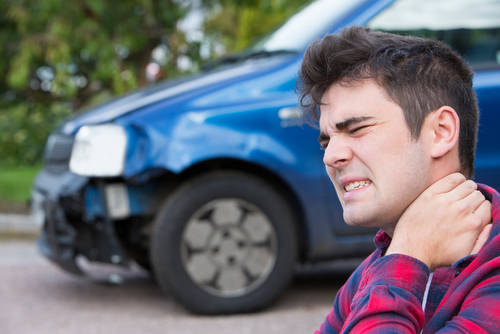 Otherwise known as a type of neck sprain, whiplash is one of the most common injuries sustained after a car accident. According to a recent report from Rush University Medical Center (RUMC), researchers found that over 2 million Americans suffer from whiplash each year. This injury “occurs when the head suddenly snaps forward, then backward in a whip-like motion that over-stretches the joints, muscles and ligaments of the neck and upper back,” states the RUMC.

It doesn’t take a lot of force to sustain a whiplash injury. In fact, injury can occur at speeds as low as 10 miles per hour — all it really takes is a high-energy impact. Whiplash most commonly occurs in rear-ending collisions when a vehicle is subject to a sudden forward-moving force. Unfortunately, rear-end collisions are all too common. According to a report from the Washington Post, U.S. roadways see an average of 1.7 million rear-end collisions per year — making the risk of sustaining a whiplash injury exceedingly high.

These neck-strain injuries are in fact so common that vehicle manufacturers began modifying car designs. In 2008, the National Highway Traffic Safety Administration (NHTSA) issued a safety standard for vehicles that would require headrests in cars to be higher and closer to the head. These changes were made with the express purpose of reducing and preventing cases of whiplash. Unfortunately, whiplash continues to be one of the most prevalent crash-related injuries in the United States.

Recognizing the early symptoms of whiplash is often one of the most important factors in building a personal injury case. Some common signs of whiplash include:

If you or someone you know has suffered the impact of whiplash because of a reckless or negligent driver, you may be entitled to seek financial compensation. At Hach & Rose, LLP, our team of experienced New York car accident attorneys will work around the clock to build your case and fight for justice on your behalf.