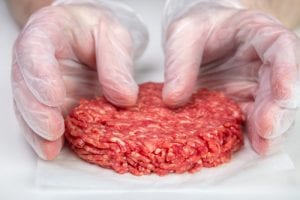 According to the Centers for Disease Control and Prevention (CDC), there were 230 reported food-related illness outbreaks in nursing homes from 1998-2017, resulting in 7,648 reported illnesses by residents. Of that number, 532 residents were hospitalized and 54 died as a result of food-borne illness.

In 2018, unsafe food handling was the third most common citation issued to nursing homes in the U.S., behind lack of infection prevention and injuries caused by a lack of supervision, hazards, or devices. In fact, 33% of all nursing homes were cited for violations concerning food safety last year. One of the largest organizations in the U.S., Genesis Healthcare, which operates more than 400 homes in 30 states, received violations at nearly half of its facilities.

Some of the most frequent food safety citations at nursing homes include:

People over the age of 65 are particularly susceptible to foodborne illness, due to age-related digestive system issues, weakened immune systems, chronic diseases, and other issues, according to FairWarning.org.

It appears that there is little that can be done about these blatant food safety violations. In fact, in July, the Trump administration even rolled back existing regulations on nursing homes that included strict food handling standards. The original regulations required directors of food and nutrition services to have specific education and certifications, but the government cited that the legislation was too “burdensome” in its rollback. Now, the education and certification requirements have been relaxed to “a few years of experience,” which might not be enough to prevent food-borne illness outbreaks in many facilities.

Did your loved one become ill due to negligent food handling in a nursing home? When facilities fail to provide an adequate standard of care for residents, the team at Hach & Rose, LLP will be there to make sure that the responsible parties are held accountable. We fight for the rights of nursing home facility residents and their families in New York and the surrounding areas, and we’ll be ready to discuss your case when you call us at (212) 779-0057 to schedule a free, no-obligation consultation.