Rochester, NY (May 31, 2019) – According to Rochester police, a serious accident that occurred around 8:00 p.m. on Thursday evening, May 30th, resulted in several people injured, including State Assemblyman David Gantt. The collision was reported to have occurred at Central Park when Gantt’s vehicle collided with another at an intersection.

Police stated that Gantt, operating a black Chevrolet sedan, may likely have been distracted when he went through a stop sign and subsequently collided with a white Dodge van. The van was carrying at least two small children at the time of the crash, and witnesses stated that both children suffered injuries and were bleeding as a result.

Police and firefighters accompanied medical personnel at the scene where several people from nearby homes and stores also came to help. Four people from the van were taken to Rochester General Hospital with injuries that have been classified as non-life-threatening. They have since been released.

Gantt is currently at home recovering and both him and the driver of the van were ticketed at the crash site. No further information has been released. 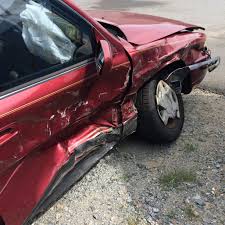 Before moving forward, our genuine sympathies are first and foremost extended to the four injured parties as well as State Assemblyman David Gantt. There is nearly nothing as worrisome as an unexpected collision, and we sincerely preserve our highest hopes for their wellbeing at this time. Each motor vehicle accident holds the potential to be critically injurious or fatal, especially those which occur at a high rate of speed or an intersection. As victims of a New York car accident, it is crucial to understand that you may have significant rights at this time.