Suffolk County, NY (May 15, 2019) – A woman announced on Tuesday, May 14th, that she is formally accusing a Salvation Army member of sexual abuse against her that she said happened when she was a child in Suffolk County. Nicole Sprout has stated that the high ranking worker raped her on numerous occasions, up to two or three times a week, while she was between the ages of 13 and 16.

At this time, the man who is accused of raping Sprout has not been charged with the crime, and police are not naming him until such time. Nevertheless, Sprout has made it clear that the abuse occurred when she was attending the Salvation Army’s church in both East Northport and the Buffalo areas back in the 1990s. Sprout claims that she told church officials but no action was taken and her abuser is still an active member of the church.

While the Salvation Army has not responded to any requests for comment yet, Sprout stated that she is bringing the issue to attention with the hope that her abuser will be stopped and prevented from hurting other children. The investigation into these allegations is ongoing. 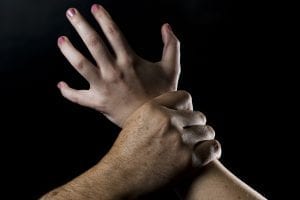 Before moving on, we would, first and foremost, like to offer our sincerest sympathies to Nicole Sprout as we preserve hope for her ability to continue recovering from her abuse. At this time, it is terribly important to understand that, as the victim of sexual abuse in New York, you may have substantial rights in terms of recovering compensation for the misconduct that you were forced to endure. Furthermore, in cases involving a person in power, there are often many other victims, and the recently drafted New York Child Victim’s Act has opened a window for victims to come forward.