Child Victims Act and What It Means

For more than a decade, the New York Senate has been in a state of Republican control, which kept the Child Victims Act on the back burner. However, the bill has now been fast-tracked after Democrats won the Senate majority last November. Now, some very important changes have finally been made to a law that desperately needed them.

Victims of child sex abuse have previously been given until their 23rd birthday to report abuse or file a lawsuit against an alleged abuser or the abuser’s employer. That statute of limitations has now been expanded, allowing victims until the age of 55 to come forward. The change to 55-years-old is largely due to the understanding of how long it takes many victims to come to terms with their abuse, which often takes decades.

Additionally, the Child Victims Act will also allow victims, who were previously time-barred from being allowed to sue their abusers, one full year to file a lawsuit. The “look back” period will go into effect six months from the date of the bill being signed into law.

Although the new law will not necessarily make it any easier for victims to prove abuse has occurred, particularly when that abuse happened many years ago, it will at least give them the chance to hold the criminal party liable for their behavior. At this point, it feels like a long-awaited breath of fresh air to see something being done to support the most innocent and vulnerable members of our community. 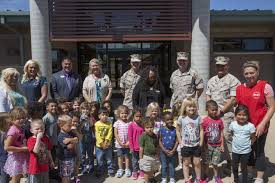 While there is no amount of money or compensation that can erase the horrendous experience of sexual abuse, especially as a child, it is important to know that great strides are being made to help protect victims. The New York Child Victims Act is a step in the right direction, as it allows victims as much time as they need to heal while ensuring them the right to sue their abuser(s).

At Hach & Rose, LLP, our compassionate attorneys understand that there is nearly nothing as devastating and immoral as the physical, sexual, and emotional abuse of innocent children incapable of defending themselves. We believe that anyone who exploits a child in any manner such as by physical/sexual contact, voyeurism, child pornography, or any other way should be held accountable for their despicable actions, and we are here for you 24/7 to answer any questions you may have.

If you or a loved one has suffered from sexual abuse as a child, and you feel as though you are ready to come forward, please contact our New York sexual abuse attorneys at (212) 779-0057 and let us go to work obtaining the compensation you deserve.