Driving Under the Influence of Alcohol or Drugs

Driving Under the Influence of Alcohol or Drugs

If you were involved in a car accident, you might be wondering how to cover the costs of medical treatment and damage done to your vehicle. New York is a “no-fault” state, which means that if you are involved in an accident, you can file a claim with your own insurer, regardless of who is to blame. You could receive full payment for your medical bills and lost wages.

However, if the other driver was drunk or impaired, and you want to recover fair compensation for your injuries, you will need the assistance of the attorneys from [firm-name]. Call us at (212) 779-0057 if you have been in an accident and believe the other driver was under the influence, call us at (212) 779-0057, or contact us online. We will fight for your rights while you focus on recovering from the crash. 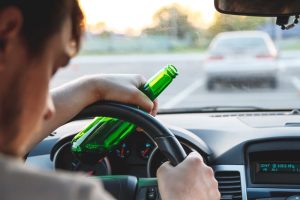 New York law defines drunk driving as operating a motor vehicle with a blood alcohol content (BAC) of over .08% or higher. There is no legal limit for any narcotic without a medical prescription. Anyone involved in an accident who is determined to be under the influence of drugs or alcohol can expect to suffer serious civil and criminal penalties, including loss of license, fines, jail time, and punitive damages in civil court.

Unfortunately, people still get behind the wheel after “just a couple of drinks.” Most people fail to realize how even minimal alcohol can affect their ability to function properly. When operating a car at a high rate of speed, the consequences can be dire, even fatal. All drivers should note the following facts if considering driving after drinking:

The biggest factor in drunk driving accidents is the slowed reaction time. A BAC of .08% will slow your reaction with the brakes by one-tenth of a second. This tiny fraction of a second equals 12 extra feet when you’re traveling at 70 miles per hour, more than enough to cause a devastating accident.

The other major problem with lower levels of drinking is impaired judgment. Note that even at .02% BAC—one or two drinks—a person is already experiencing a loss of judgment. This effect increases as a person drinks more, making it difficult to gauge how drunk they are. Most drunk drivers do not realize how intoxicated they are until the next day when faced with the consequences of their actions.

Additionally, no matter what arguments people may make about the effects of marijuana on driving, legally, there is no accepted blood level for THC when driving. If you are driving stoned and cause an accident, you will likely be found at-fault. However, there is no field sobriety test for driving under the influence of marijuana.

Compensation After a Drunk Driving Accident 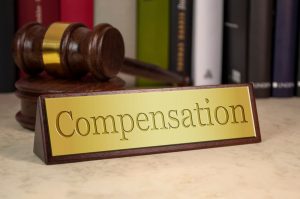 Since New York is a “no-fault” state, you may file a claim with your own insurance company and recover economic damages if you are injured in an auto accident. You do not need to show anyone was at fault.

However, if your losses are over $50,000, you may file a lawsuit against the at-fault driver and recover damages against their insurance company. In that case, you can also file a claim for non-economic damages, such as pain and suffering, loss of consortium, or loss of future earnings. You will need to prove the other driver was at fault to make this type of claim.

If the other driver has been found guilty of a DUI, this can be evidence of “negligence per se.” This means they violated a statute intended to prevent the type of harm you suffered. Once negligence per se has been established, you will only need to prove you suffered harm caused by the driver’s actions to make a case.

In a drunk driving case, punitive damages may be available. In most personal injury cases, awarded punitive damages are rare. However, DUI cases are sometimes considered serious enough to justify the additional award. The driver would pay punitive damages directly as the punishment is due to the driver’s conduct.

How We Can Help

If you have been involved in a car accident and believe the other driver may have been drunk or impaired, reach out for legal assistance right away. An attorney can help obtain the police report and the results of any blood or Breathalyzer tests and field sobriety tests performed on the driver. In cases of narcotic impairment, an attorney can also connect witness statements, which will be important to show how the driver was behaving at the time of the accident.

Contact the legal team at [firm-name] today at (212) 779-0057 for a free, confidential consultation about your case. We will review the details of the accident and pursue fair compensation so you can recover and focus on rebuilding your life. Don’t hesitate to contact our experienced legal team today.