Nearly 20 years ago, Gregory Hach joined forces with Michael A. Rose to form what is now known as Hach & Rose, LLP, the premier personal injury firm in New York that has recovered in excess of $400 million on behalf of their clients. Today, Mr. Hach is esteemed for his seven-figure jury verdicts on behalf of his personal injury clients and is a life-long advocate of New York City’s labor movement. The son of a highly respected labor leader in New York, Mr. Hach grew up in a proud union household and has been a member of the International Union of Operating Engineers for more than 25 years. Mr. Hach now services the very union that his family has been involved with for decades.

Mr. Hach has always been devoted to service joining the illustrious ranks of the United States Air Force directly after high ranks. He then lived and worked in Germany for two years, where he immersed himself in the culture and became fluent in German. Then, he returned to the United States and earned a Bachelor of Science (B.S.) from John Jay College of Criminal Justice and a Juris Doctor (J.D.) from Ohio Northern University, Claude W. Pettit College of Law. In 2000, Mr. Hach was admitted to practice law in New York, Washington, D.C., and the United States District Court for the Eastern and Southern Districts of New York.

Inspired by the hard-fought battles he saw in his childhood, fresh out of law school, Mr. Hach battled for union members throughout the country, and as a result, he recovered millions of dollars for members who didn’t realize they had recourse. Mr. Hach has obtained tens of millions of dollars for union families nationwide and for the union health plans to which they belong. Mr. Hach is inspired and driven to help people who have suffered damages but are unjustly unaware that compensation is available, including those injured by prescription drugs but who were unaware of the link between the injury and the prescription. New Yorkers who have been injured or wronged are happy to have Mr. Hach crusades on their side, fighting relentlessly for what is right and for justice and what hard-working union families deserve.

Mr. Hach has been recognized for his significant achievements and was named “Professional of the Year” in both 2010 and 2011 and was honored to be named to the “Who’s Who Roundtable,” an exclusive group of 50 professionals nationwide recognized for their accomplishments in their fields of practice. In recognition of his professional achievements, Mr. Hach has received distinguished honors including being elected a SuperLawyer in New York State, a rating service of outstanding lawyers who have attained a high-degree of peer recognition and professional achievement. Mr. Hach was the recipient of the James Berg Memorial Award and was named to the Multi-Million Dollar Advocates Forum, one of the most prestigious groups of trial lawyers in the United States, in which fewer than 1% of U.S. lawyers are members.

As part of his crusade to help recover money for those who deserve it, Mr. Hach was responsible for developing a state-of-the-art software system that identifies virtually all types of injuries and illnesses that may entitle both union health plans and their members to obtain financial recovery where they might otherwise not recognize such claims.

Outside of the office, Mr. Hach is a loving father and husband, as well as a private pilot, aircraft owner, and a member of the Aircraft Owners and Pilots Association. He also continues his service to the less fortunate. He regularly volunteers for homeless and children’s organizations, including Outreach on Long Island, Give Kids the World, and Whispering Meadows Ranch. Mr. Hach started a foundation for his father, which raises money for a number of children’s charities. 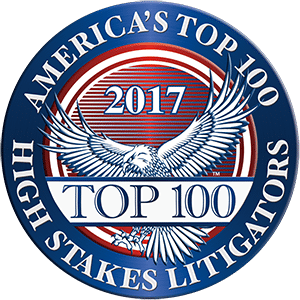