Fourteen people were suffered injuries and one was critically hurt after the NJ Transit bus crashed into a pole while en route to Port Authority. According to ABC 7, the accident happened on Saturday, Aug. 29, around 10:00 a.m.

The bus was heading to the Port Authority terminal on the upper level when it collided with a pole. When first responders arrived at the scene, they found passengers of the bus thrown to the floor, and some of them lying on the ground outside. Eleven people were transported to local hospitals with a variety of injuries and three people were treated for minor injuries at the scene.

Port Authority is investigating the cause of the accident. It has not been confirmed whether the bus driver was under the influence of drugs or alcohol at the time of the crash or if fatigue was a factor.

Because NJ Transit is a transportation agency run by a government entity, the rules for filing a claim against the organization are different from filing against an individual. But, unfortunately, being involved in a bus accident is not entirely uncommon. According to a recent study from the University of Michigan, buses are involved in some 63,000 collisions in the U.S. annually.

Once the notice of claim has been filed with the state, you must allow 30 days to elapse before filing a lawsuit.

The injuries you might sustain in a bus accident vary widely depending on the severity of the accident and where you were sitting or standing at the time of the accident. They might include:

Because buses are tall and have a high center of gravity, they are also more prone to roll over in an accident or if they take a curve at too high a speed. This could compound the severity of the injuries sustained and complicate first responders’ ability to quickly render aid.

If you were injured in an accident and aren’t sure what your next steps should be, reach out to the New York bus accident attorneys at Hach & Rose, LLP. Our team can help you understand your rights and all the legal options available to you. Call our office at [phone number] to schedule a free consultation with us today.

School Bus Accidents: How Do They Happen? 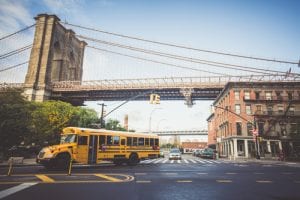 Many school districts are very careful to properly maintain their school buses and ensure that they are safe to be operated, but there can be a number of accidents that stem from issues with the buses themselves. In cases of mechanical errors with a bus, it could be possible that a school district bears liability for failure to maintain the vehicle but a defective part could make the part manufacturer liable.

Students can suffer a wide variety of possible injuries in school bus accidents that may include, but are not limited to:

According to the National Highway Traffic Safety Administration (NHTSA), students are about 70 times more likely to get to school safely when taking a bus rather than a car. NHTSA reported that 1,147 of the 320,874 fatal motor vehicle traffic crashes between 2007 and 2016  (0.4 percent) were classified as school-transportation-related, and 1,282 people were killed in school-transportation-related crashes, which was an average of 128 fatalities per year.

If your child sustained serious injuries or was killed in a school bus accident in New York, contact Hach & Rose, LLP for help getting the compensation you deserve. Call (212) 779-0057 or contact us online to schedule a free consultation with a knowledgeable member of our team today. 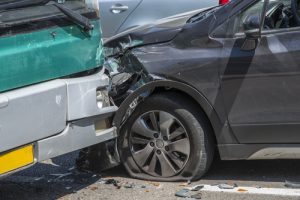 If you’ve been injured in a bus accident in New York, know that you have rights and legal options. While it is natural to be shocked, disoriented, and confused about what to do after a serious bus crash (especially one that results in severe injuries), try to remain calm and follow these five steps to protect your health and the injury claim you might need to file:

The New York bus accident lawyers at Hach & Rose, LLP have extensive experience handling bus accident claims. Our track record of success includes $2.3 million for a client who was struck by a New York city bus. 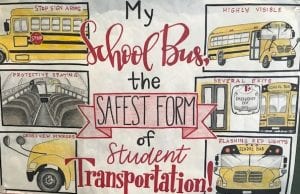 The National Association for Pupil Transportation has designated this week as National School Bus Safety Week. This public awareness campaign takes place every year in October and this year’s theme is “My School Bus, the Safest Form of Student Transportation.”

To help avoid the risks involved in contributing to these types of fatal bus accidents, here are some tips that parents can follow:

While every motor-vehicle accident could potentially result in severe or fatal injuries, school bus accidents can be especially devastating because of who they involve. As a parent, you trust and depend on school buses to transport your child safely to and from school. When that trust is broken in the event of a tragic accident, knowing what to do, or who to turn to can feel overwhelming.

If you have lost a child or loved one to a serious school bus accident, we encourage you to contact our team of compassionate attorneys at Hach & Rose, LLP. We are committed to helping you navigate through this difficult time, and to guiding you through the steps needed in getting the compensation that you and your loved ones deserve.

Schedule a free, no-obligation consultation with one of our understanding product defect lawyers at Hach & Rose, LLP to discuss your rights and legal options. We’re here to support you, so call us at (212) 779-0057 or reach out to us online. 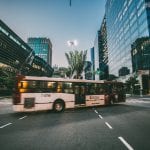 Mount Pleasant, NY (June 22, 2019) – In the afternoon hours on Tuesday of this past week, a bus accident took place on Route 141 that led to injuries in multiple parties. END_OF_DOCUMENT_TOKEN_TO_BE_REPLACED 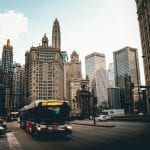 Eltingville, Staten Island, NY (June 21, 2019) – Early on Friday morning, June 21st, a motorist was critically injured after collided head-on with a bus in Eltingville. The crash was reported to have taken place around 6:15 a.m. along Richmond Avenue.

END_OF_DOCUMENT_TOKEN_TO_BE_REPLACED

Hawthorne, NY (June 19, 2019) – Two teenagers suffered serious injuries following a head-on crash that took place at 1:14 p.m. on Tuesday, June 18th, according to police. The collision happened along Route 141, in the vicinity of Brighton Avenue, for reasons that are being investigated at this time.

END_OF_DOCUMENT_TOKEN_TO_BE_REPLACED 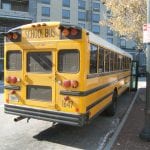 Sennett, NY (June 11, 2019) – Thankfully, no students were on board when the driver of a Skaneateles Central School District school bus crashed along Route 20 on Tuesday afternoon, June 11th. The incident was reported to have happened shortly after 12:00 p.m. just east of Auburn.

END_OF_DOCUMENT_TOKEN_TO_BE_REPLACED 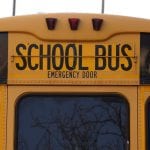 Todt Hill, NY (June 7, 2019) – A school bus was involved in a motor vehicle accident on Friday morning, June 7, at approximately 9:39 a.m., according to police in Staten Island. Officials stated that the incident occurred in the vicinity of Todt Hill Road and Ocean Terrace in Todt Hill for reasons that are under investigation at this time.

END_OF_DOCUMENT_TOKEN_TO_BE_REPLACED 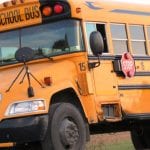 Mahopac, NY (May 18, 2019) – Around 2:30 p.m. on Friday, May 17, police responded to the scene of a school bus crash on Baldwin Place Road that hospitalized four people. END_OF_DOCUMENT_TOKEN_TO_BE_REPLACED