John Blyth joined the firm in 2013 and practices in the fields of personal injury, mass torts, and complex civil litigation. He handles all types of catastrophic injury cases, including those involving motor vehicle crashes, premises liability, elder neglect and abuse, construction injuries, medical malpractice, product liability, and wrongful death. He performs all aspects of the litigation from the pre-trial phase up to, and including, trial.

Mr. Blyth has extensive courtroom experience and has tried numerous cases in both New York state and federal courts. Mr. Blyth has achieved outstanding results for the firm’s clients a trial, including a jury verdict of $525,000 for an injured construction worker and father of, a $3,300,000 settlement following five days of trial for a mechanic who fell in the course of his employment, and $350,000 jury verdict following a 7-day jury involving an elderly client who was assaulted in her apartment building due to a security guard’s negligence. Mr. Blyth has obtained numerous other six-figure jury verdicts in New York state court trials.

Mr. Blyth’s litigation skills have been instrumental in obtaining many settlements in excess of $2,000,000, and has successfully mediated dozens of cases that have settled in excess of $750,000. His additional responsibilities include drafting pleadings and motions, written, taking and defending depositions, arguing significant motions and attending mediations, arbitrations and court settlement conferences in the New York and New Jersey state and federal courts.

Mr. Blyth is a volunteer with the Veterans Consortium Pro Bono Program, an organization that offers free representation to veterans who have filed appeals at the U.S. Court of Appeals for Veterans Claims. As a volunteer attorney, Mr. Blyth provides pro bono legal assistance to unrepresented veterans or their family members for appeals involving claims for VA disability benefits.

Mr. Blyth is humbled to be able to represent individuals who often come to him at one of the most difficult times in their lives. He is devoted to helping his clients obtain justice and secure full and fair compensation for the harm they have suffered.

In additional to personal injury, Mr. Blyth’s practice includes handling highly complex multi-party litigation in federal courts throughout the United States. He focuses on employment law and class action litigation where he represents classes of investors, consumers and employees who have been damaged by unfair business practices. Mr. Blyth handles all aspects of litigation from the pre-trial phase, managing discovery, settlement negotiations and trial. 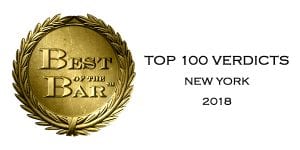 Admitted to the bar: