George W. Ilchert is a product of Queens New York. He graduated from St. Mary’s in Flushing, Archbishop Molloy HS in Briarwood, St. John’s University in Jamaica, and the Cardozo School of Law of Yeshiva University in Manhattan.

At Cardozo, he was the Managing Editor of the International Law Journal. He has worked at this firm since law school rising from clerk to managing partner.

If you were a client of this office in the past 30 years, he will probably recognize you when he sees you. George has handled all types of cases and concentrates on the severe injuries that can arise at construction sites. 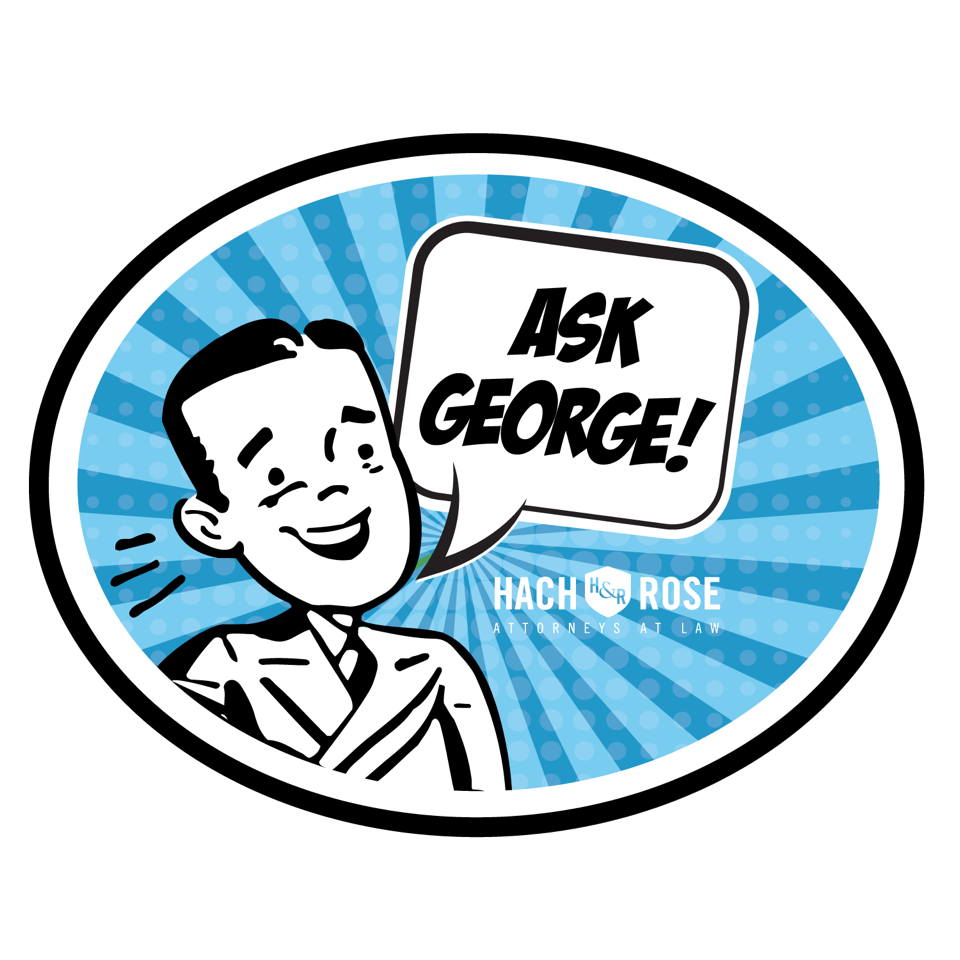 George is an attorney with more than 30 years of experience helping his clients seek the compensation they deserve. In his new column, George will share with you some of his tips, tricks, and information he’s learned over his long career. It’s a learning experience you won’t get anywhere else!

Have a question for George? E-mail us at askgeorge@hachroselaw.com.

What inspired you to become an attorney?
My family. My aunt and my godfather worked in a law firm my whole life, and I would often visit the office as a child. I always thought what they were doing seemed interesting. They were doing tax and real estate work, which is what I originally thought I wanted to do. During law school I worked for a personal injury firm, and that was very formative for me. That was when I realized that personal injury is what I really wanted to do.

You’re a born and bred New Yorker. Tell us about growing up in Queens.
I grew up in Flushing, which I believe is one of the most diverse areas on Earth. You can’t walk 10 feet without encountering people from 5 different cultures. Everyone was so close knit, and we all supported each other. It was a great way to grow up and definitely instilled in me a respect for all cultures. I’m proud to say that I have worked with clients from all over the world.

Your family owned a construction business during your childhood, and you grew up with an in-depth knowledge of the industry. Did this influence your desire to focus on personal injury cases?
It wasn’t the sole reason I decided to enter into personal injury, but it was definitely a factor. My family owned a construction business that started in the 1890s. My father made sure that I saw how hard construction was and to really appreciate what goes into it. It is truly a tough job, and it’s not for the faint of heart. I have a lot of respect for construction workers. My first job was actually harvesting bricks from demolition sites. If you “cleaned” a brick, knocking off the excess mortar, you would get a penny. But if you broke one, you owed a penny!

As you have insider’s experience in the construction industry, do you have additional insight that helps you work on construction cases?
Absolutely, because I know what it takes to run a construction site the right way. It’s not easy. You’ll find that most of the injuries on construction sites are caused by a failure to prepare, and it’s almost always because someone wanted to save time or money. If you know what was supposed to be done, you can easily recognize where something went wrong.

Over your long career, what is something you’ve learned that non-attorneys probably wouldn’t know?
There are similar cases, but no two cases are identical. And an attorney who doesn’t take the time to listen to their client, and treat each case as its own unique situation, is a sign of weakness. You’re closing yourself off from possible avenues to provide help. An attorney also needs to treat each case with the same respect, even if it seems “simple” like a broken toe. Who was it that broke their toe? What was their career? If it was a postal worker, a bus driver, or anyone else who might use their feet a lot in repetitive maneuvers, those damages will be much bigger. You have to think not only of what the impact is at this moment, what will the impact be 10-15 years in the future?

Tell us about one or two of your most interesting cases.
Oh, this could take a while. I’ve got a million. One of my most interesting cases was actually a case that was turned down by another firm. They thought the injury, a ladder that collapsed, wouldn’t be protected so they wouldn’t take it on. We felt differently, and in the end they settled for $5.5 million. It was a large investment of money and time for the firm, but it turned out to be a huge case well beyond our expectations.

I had another case where an elderly couple were crossing an intersection in NYC on Christmas Eve, and a bus side swiped them making a left turn. The woman passed away, and the man was rushed to the hospital. The next day, their son called the office and told us what happened. I told my secretary to stay on the phone with him while I went to the hospital to meet him. It turned out that the bus driver was at the same hospital, due to an anxiety attack. As long as I was there, I got a statement from the driver. At the same time, I sent someone to the scene of the accident to get photos. It was Christmas, so there were bright lights everywhere which could have blinded the driver. I also made sure to get a picture of a sign saying left hand turns were not allowed in that intersection. Finally, I had investigators take statements from witnesses. All of this has to be done quickly before the data disappears forever. We did all of this work within 24 hours of the accident. Time is everything in this kind of case.

What are you most passionate about?
Making sure that my clients have the financial means to be comfortable at the end of the case. Because no matter how much money you get, it’s never any comparison to their pain and suffering. I’ve never had a client who wouldn’t trade everything they received from their case if they could go back to the way they were before their accident.