There is often very little we can do ourselves to avoid serious accidents that are caused by the negligence and recklessness of others. When these accidents do occur, the financial burdens that are suddenly imposed upon accident victims and their families can be overwhelming. To help offset these unexpected costs, you should speak with a personal injury attorney about taking legal action against the party responsible for your pain and suffering.

At Hach & Rose, LLP, our New York personal injury attorneys understand just how much is likely to depend on the outcome of this claim for you, and we can develop a comprehensive legal strategy to help you fight for both compensation and justice as you contend with the injuries and suffering you have been forced to endure.

At Hach & Rose, LLP, our team of New York personal injury lawyers possesses the experience and the resources you will need to take legal action against whoever was responsible for your accident and needless suffering. Bearing that in mind, we can develop a comprehensive legal strategy to help you pursue any claim associated with the following:

Though this is likely to be a difficult time for you and your family, a personal injury claim may be able to provide you with the financial compensation you will need to offset the financial burdens associated with your injury.

Consult with a Personal Injury Attorney in New York City

If the negligent or reckless actions of another caused you or a loved one to suffer, you should consult with a New York City personal injury lawyer at Hach & Rose, LLP, about what legal recourse you may now be able to pursue to recover compensation for your pain and suffering. To speak with a personal injury attorney in New York City about the particular circumstances of your accident, please call our New York City offices at (212) 779-0057 today.

With its roughly 8.4 million residents, New York City is easily the most populous city in the United States. The city itself is comprised of five distinct boroughs: Manhattan, Brooklyn, the Bronx, Queens, and Staten Island. The city was founded in 1642 as a trading post for Dutch colonists and was formerly named New Amsterdam. In 1664, the city came under control of the English and was subsequently named New York. For a brief period of time, between 1785 and 1790, New York was the capital of the United States. 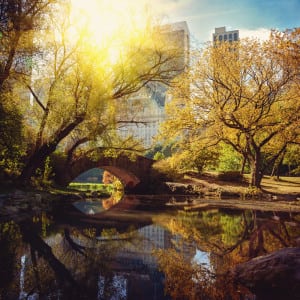 Many of New York City’s landmarks are central to our cultural identity as Americans—including the Statue of Liberty, the Empire State Building, Times Square, Broadway, Central Park, and the newly built One World Trade Center, just to name a few. Until it closed in 1954, New York’s Ellis Island was the nation’s busiest gateway for immigrants entering the United States, admitting millions of people into the country. Today, the city is a center for finance, culture, and international diplomacy.