New York City subway accidents: What you should know

If you live in New York City, there’s a good chance you have taken the subway at least once, and an even better chance that you ride it every day to commute to work or social events. While the subway system is a vital part of our city’s infrastructure, it also can be dangerous, and people are severely injured or killed frequently in accidents involving the trains or on or near platforms.

A train doesn’t need to crash for a person to get injured. The expert New York City train injury lawyers at Hach & Rose, LLP, handle a range of train-related accident claims. Some common causes of accidents include:

Often, subway accidents will usually lead to injuries similar to what you may sustain in a car accident. The most common injuries reported after subway crashes are:

As stated earlier, subways don’t always need to crash to cause injury, as seen in the tragic case of a two-year-old boy who was struck and killed by a New York City subway in December.

If you have been injured in a subway accident, reach out to the experienced attorneys at Hach & Rose, LLP, to discuss your legal options today. Unlike car accidents, which have a statute of limitations of three years, subway accidents require you to file a claim on a much stricter timeline. An attorney can make sure you don’t miss any critical deadlines and miss out on compensation. Call our office at (347) 318-9604 today.

Slips and Falls in the Subway: Who is Responsible?

Unveiled in 1904, the New York City subway system is one of the oldest and most frequently used public transit systems in the world. Additionally, it has the most subway stations out of any other — both nationally and internationally. In total, the New York metro has 472 stations, connecting through Manhattan, Brooklyn, Queens, and the Bronx. While these stops are managed by the Metropolitan Transit Authority (MTA), there are so many that adequately maintaining stations can be difficult. As a result, poor maintenance in neglected stations can create many risks for injury within the New York City transit system.

If you or someone close to you has been injured in a slip-and-fall accident in a New York City subway station due to another party’s negligence, you may be entitled to financial compensation. At Hach & Rose, LLP, our knowledgeable team of New York slip and fall attorneys will help guide you through the complex legal processes needed to get the financial compensation you deserve. As residents of New York and with an office located on Madison Avenue, we know all-too-well the dangers commuters face when using our subway system. We’ll be ready to go to bat for you and help you get the full compensation you’re owed when you call (212) 779-0057 to schedule your free consultation. 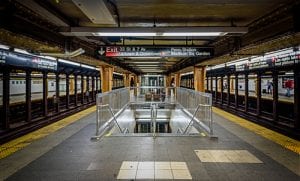 Injured in a Subway Accident? You’re Not Alone 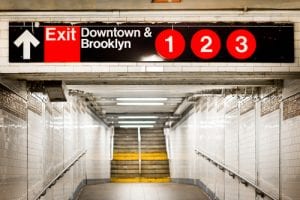 The New York City transit is the largest subway system in the U.S., transporting over 7 million passengers each weekday, and more than 1.3 billion rides each year. According to a review: Health and Safety Hazards Associated with Subways, published in the Journal of Urban Health,  subways pose a number of serious health and safety issues for passengers and transit workers.

Some of the most serious risks outlined in the journal include:

The journal also examined some of the most commonly-reported causes of injuries, and particularly those that fall under the category of “general injuries” caused by the often-hazardous subway environment. With so many people trying to make their way through narrow stairways, escalators, and elevators and standing on congested platforms, serious injury accidents could occur. Passengers and workers alike reported injuries caused by:

Depending on the specific nature of the accident or intentional action, those who’ve been injured could be eligible to pursue legal action. If someone pushed you down the stairs, for example, they could be liable for the injuries you suffer. If you slipped and fell due to inadequate lighting or debris on subway steps, however, the MTA could potentially be liable.

It’s always crucial to hire an experienced subway injury attorney if you’ve been hurt, because determining liability is not always straightforward or evident. In some cases, multiple parties could share liability for your accident, so make sure to hire an experienced lawyer who understands how to build a strong case and secure compensation for the harm you’ve suffered.

Contact Hach & Rose, LLP for Help If You’ve Been Hurt

Hach & Rose, LLP represents those who’ve been hurt in accidents on subways or subway platforms across New York. If someone’s actions or inaction hurt you or someone close to you, we’ll be there to help get the compensation you’re owed. While nothing can undo the harm you’ve suffered, we’ll make sure that you don’t have to struggle financially as you work toward recovery. Call us at (212) 779-0057 to schedule a FREE consultation with one of our trial lawyers today. 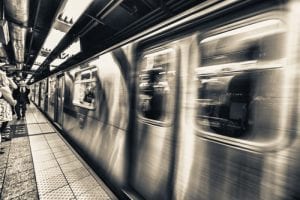 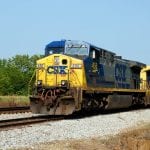 Dongan Hills, NY (June 25, 2019) – On Monday night, June 24th, a man was reported to have been struck by a train in Dongan Hills, Staten Island, according to authorities. The incident happened on the Staten Island Railway at approximately 9:22 p.m.

END_OF_DOCUMENT_TOKEN_TO_BE_REPLACED

Queensbridge, NY (June 22, 2019) – Around 9:30 p.m. on Wednesday, police received 911 reports of a person struck by a train in an accident in Queensbridge, Queens. END_OF_DOCUMENT_TOKEN_TO_BE_REPLACED 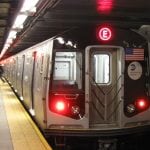 Valley Falls, NY (June 22, 2019) – Police confirmed that a man from Cohoes was killed in a train accident that took place near Powder Mill Road when he was struck. END_OF_DOCUMENT_TOKEN_TO_BE_REPLACED 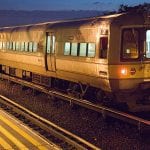 Freeport, NY (June 3, 2019) – According to the MTA, a woman was killed on Long Island Rail Road tracks on Sunday morning, June 2nd. Police concluded that no more than one person was involved in the incident, which was possibly due to electrocution.

END_OF_DOCUMENT_TOKEN_TO_BE_REPLACED

Port Jefferson Station, NY (May 16, 2019) – According to police, a man was either struck or clipped by a Long Island Rail Road train while riding a bicycle. The incident was reported to have taken place on Wednesday, May 15th, at approximately 6:20 p.m.