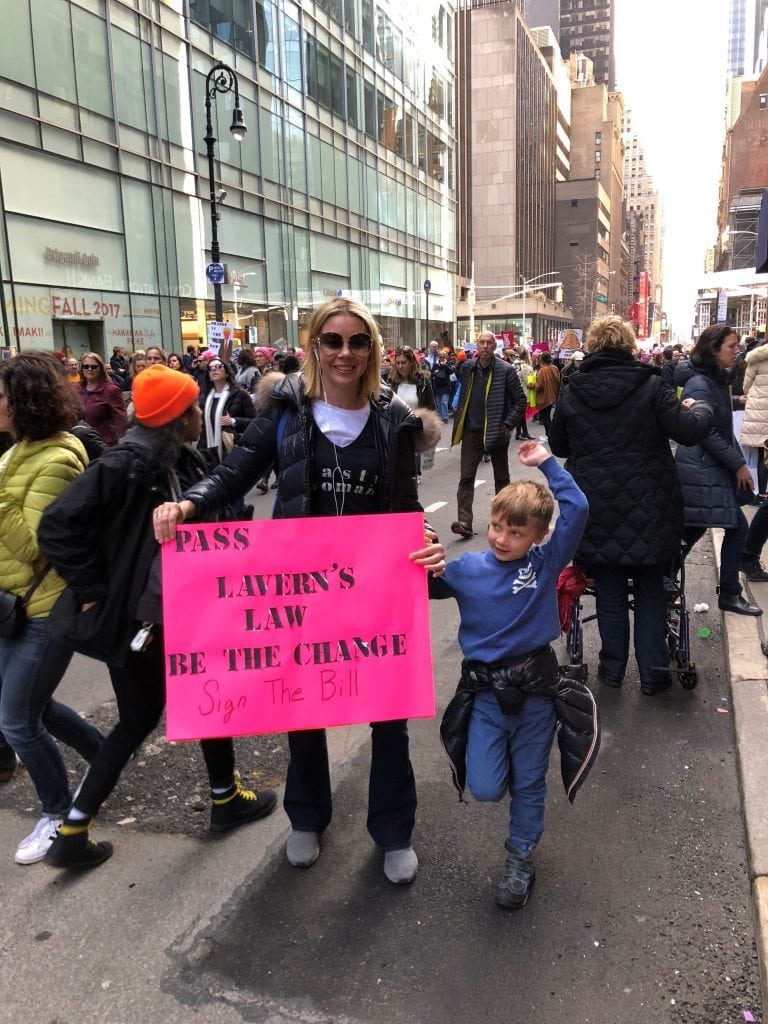 If you are interested in learning more about Lavern’s Law, a new bill that has been passed by the New York State Senate and Assembly, read the new article from attorney Halina Radchenko here.  As attorney Radchenko writes in the article:

“The recent passage of Lavern’s Law by the New York State Senate and Assembly marked a very proud moment for me as an attorney, as an officer of the New York State Trial Lawyer Association, but most importantly as a woman. Lavern’s Law sought to change the law by allowing a person to bring a law suit against a doctor for medical malpractice 2 1/2 years after that person should have discovered the misdiagnoses as opposed to 2 1/2 years after the date of treatment.”

To learn more about Lavern’s Law and other important cases affecting individuals in New York city and the greater New York area, read more on our Must Know Info page or call us at Hach & Rose, LLP.

New Video FAQ: What should I do if a loved one is injured during transport?

Medical vehicles have a duty to ensure the safe transport of patients. If you or someone you know was hurt during transport to a medical facility, contact the New York city personal injury lawyers of Hach & Rose, LLP at (212) 779-0057 to learn what your legal options may be.

New York doctor Robert Rho plead not guilty to manslaughter charges last Tuesday, October 11 in relation to allegedly causing the death of his 30-year-old patient, Jamie Lee Morales. She underwent surgery with him on July 9, 2016, and he allegedly punctured her uterus and cut an artery and didn’t to do enough to stave off the bleeding, which she had to go to another hospital for, later.

He was released from his detention after paying a $400,000 bond.

Jeffrey Lichtman, Rho’s legal counsel, said last Wednesday, October 12, that while the death is obviously a tragedy, it doesn’t mean that it was a crime and that Rho does not fit the profile of someone who consistently botches abortions and should be charged with homicide.

Rho provides gynecological services such as abortions and female genital plastic surgery, which he promoted on his website, saying he is known for “natural-looking” results.

If you or someone you know has been injured or killed by a trusted medical professional during a procedure, you might be rightfully upset and be seeking compensation. Contact an attorney with Hach & Rose, LLP by calling (212) 779-0057 to speak with a potential representative for your case.

A 44-year-old New York resident, Martin LaPoint, lost his life in February of this year while in the emergency room at the University of Vermont Medical Center. The family has recently filed a medical malpractice lawsuit with the Burlington Federal Court.

According to The Burlington Free Press, the family claims that UVM Medical Center’s staff misdiagnosed LaPoint, who visited the hospital a number of times in February to seek treatment for two extruding spinal discs.

The lawsuit alleges that LaPoint died of a pulmonary embolism, or blood clots in his lungs, after hospital staff wrongly used a compression device to ease a possible blood clot in LaPoint’s legs.

Bedsores, also known as pressure sores or pressure ulcers, are extremely dangerous yet common occurrences in various healthcare facilities. When immobilized patients aren’t given the proper care and attention, these sores can develop, leading to infections, skin loss, sepsis, and in the worst instances, death. Click here to read more about bedsores and healthcare negligence.

An annual premium survey issued by Medical Liability Monitor in October showed that medical malpractice premiums have dropped for three bellwether specialties in New York for the seventh straight year.

Physicians’ Reciprocal Insurers, a medical malpractice carrier for obstetrician/gynecologists in the New York counties of Nassau and Suffolk located east of Queens, said rates went down to $214,999 in 2014 from $227,899–a drop of almost 6%.

A person greatly values his or her health, so if that health comes into risk due to an error committed by physicians or health care practitioners, it is understandable that the person would want to press legal action and demand to be compensated for his troubles. If this situation happens to you in New York, employ the legal services of our attorneys at Hach & Rose, LLP, by calling (212) 779-0057 today.

In the wake of Joan River’s death in September, River’s family hired a team of lawyers to investigate the possibility of medical malpractice, according to an NBC report. River’s went in for a routine surgery on her vocal chords and died from hypoxia, meaning her brain was cut off from sufficient oxygen. Officially, River’s death was declared as resulting from a ‘therapeutic complication,’ meaning that the comedian’s death occurred due to a foreseeable risk of the surgery.

River’s family plans to take legal action to investigate the possibility that her death was caused by medical malpractice, rather than a known risk. Many families struggle with the same kind of issue when their loved ones pass away after receiving medical treatment. If you have lost a loved one due to medical malpractice, there are legal actions you can take to seek compensation.

At Hach & Rose, LLP, in New York, our lawyers are dedicated to working for the legal rights and interests of those affected by personal injury accidents. Our lawyers are committed to helping families like yours seek the compensation they need. Call (212) 779-0057 today to speak with an experienced personal injury lawyer about your legal options.

Thirty-five-year-old Rinat Dray, a mother of three boys, is suing a New York hospital for giving her a C-section against her will, KHOU reported on June 18.

According to Dray, in 2011 she told her physician that she wanted to undergo natural labor through a procedure called vaginal birth after cesarean, or VBAC, because she experienced difficult recovery periods after her first two babies were delivered by C-section. However, after several hours of labor, Dray said her doctor pressured her into a C-section out of impatience. She claims he said, “I don’t have all day for you.”

Because she was given a C-section regardless of her protests, Dray is suing the hospital and doctor for negligence, malpractice, and lack of informed consent.

Medical malpractice and negligence on the part of medical institutions and their practicing physicians can be alarmingly commonplace and may result in irreparable consequences. Should you be the victim of malpractice by a medical institution in New York, contact our attorneys at Hach & Rose, LLP, by dialing (212) 779-0057 today.

Complex regional pain syndrome (CRPS), also known as reflex sympathetic dystrophy or causalgia, can be a debilitating condition that can cause a person permanent disability. It is one of the most painful conditions a person can have. It usually affects an arm or leg and can spread throughout the body. Unfortunately, it is difficult to diagnose.

In addition to pain, symptoms can include hair and nail growth, temperature change of the skin, extreme sensitivity, and color changes in the skin. Treatment options can include medications, injections and/or a spinal cord stimulator. Due to the difficulty in diagnosing this condition, defendants in personal injury cases or insurance companies often take the position that the injured party is “faking” their symptoms or that symptoms are being “exaggerated.” Doctors who are hired by the people defending the lawsuit or the responsible insurance company often take the position that the condition is misdiagnosed or that the injury is something less severe that could easily be cured if the treating doctor was giving the correct medical treatment.