What to know about New York crane accidents 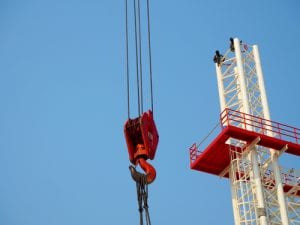 Many New York City buildings couldn’t have been built without cranes, but while they are useful, they also pose a threat to construction workers and passersby. Crane accidents can injure and even kill people, and the attorneys at Hach & Rose, LLP know how to fight for their clients to receive the compensation they deserve. Keep reading to find out more about crane accidents and what to do if you were injured.

How common are crane accidents?

According to the Bureau of Labor Statistics, “from 2011 to 2017, the Census of Fatal Occupational Injuries (CFOI) reported 297 total crane-related deaths, an average of 42 per year over this 7-year period.” While not all of these injuries occurred in New York, it is important to recognize the risks involved with cranes on construction sites. Most often, it is construction workers who are injured or killed as a result of crane accidents, but if a crane collapses, passersby could get injured, too.

How do crane accidents happen?

Crane accidents could be caused by a number of different factors. Sometimes, the crane operator acts recklessly or negligently, causing the machine to malfunction. The Occupational Safety and Health Administration (OSHA) identified these as the most common causes of crane accidents:

Identifying who should be held liable for the crane accident depends on the nature of the incident. Oftentimes, accidents occur because of negligence in either setting up or operating the crane. Other times, the crane manufacturer could be held strictly liable if the crane operated with a defective part. In that case, you wouldn’t need to prove negligence, only that the crane did not operate as intended or there wasn’t an adequate warning that it may malfunction.

If you or someone you love has been injured in a crane accident, contact the experienced lawyers of Hach & Rose, LLP, by calling [phone number] for the aggressive and dedicated representation you deserve. We will fight to get you the compensation you need for your injuries.

At least one person is dead, and another 2 injured, after a crane collapsed this morning at around 8:30 a.m. in the TriBeCa neighborhood of New York City. At the time of the incident, workers were attempting to secure the crane over fears of rising winds in the city. Unfortunately, the crane collapsed and killed a 38-year-old man who was sitting nearby in a parked car.

Two other individuals were struck by debris that fell as a result of the crane collapse, and both of these individuals are currently listed as being in serious condition. Construction using the crane was actually stopped yesterday in the face of rising winds, and when the accident occurred, workers were attempting to secure the crane and bring it down over fears of unsafe working conditions. Mayor Bill de Blasio stated that the accident could have been much worse, and injured far more people, if workers had not already cleared the area in anticipation of bringing down the crane.

More details have emerged following yesterday’s tragic construction crane collapse in Long Island City, Queens. According to authorities, the accident occurred around 2:30 p.m. at the site of a new residential unit behind the iconic Pepsi-Cola sign in Queens.

While the exact cause of the accident has not yet been definitively determined, sources on the site claim that a cable may have snapped while moving a stack of wood on the scene, leading to the complete collapse of the crane.

Three construction workers were trapped underneath the crane following the collapse, and had to be extricated from underneath the equipment. The final injury count totaled seven workers, who were all transported to local hospitals with serious injuries.

Our thoughts go out to the families of the victims, and we wish all individuals involved a speedy recovery.

A crane collapse occurred in Queens today, with a call coming in to the New York Fire Department just before 2:30 p.m.

It is unclear how many people have been injured, if any, or how severe any injuries are, although some outlets are reporting that there have been some injuries.

We will continue to follow this story as more information is released.