How to stay safe if you’re traveling for the holidays 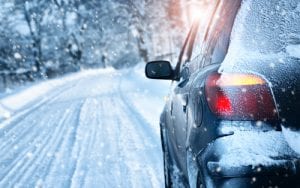 If you want to enjoy the holiday season with your family and loved ones, chances are you’ll be hitting the road or catching a plane sometime soon. Unfortunately, first responders always see an uptick in car collisions and fatalities during the days surrounding Christmas and New Year’s. It is important to be aware of these safety tips to protect yourself and your family so you can get safely from point A to point B.

Adjust Your Driving for the Weather

If you find yourself on the road during a blizzard, you need to exercise extreme precaution. Ice, hail, snow, and rain tend to throw drivers into a panic, especially if they aren’t used to driving in those conditions. If you are driving in the snow, there are a few basic things to know. First, drive slowly, because the snow and ice on the roads will make it harder for your tires to gain traction. Second, keep more distance between you and the car in front of you than you would on a clear, sunny day. Third, approach hills with strategic caution. AAA recommends gathering some speed before you go up the hill because applying gas on an upslope will only make your tires spin. When you reach the top of the hill, pump the breaks slowly as you descend.

AAA also recommends you examine your vehicle before embarking on a road trip. Be sure to clear your exhaust pipe, especially if your region has seen heavy snow lately. A clogged exhaust pipe might leak toxic carbon monoxide gas into your car while the engine is running.

If you’re going on a long trip, share your route and your location with all of your friends and family. If you find yourself out of gas or in a snowstorm, they will be able to find your exact location to send help.

Drivers must be extra cautious on roadways during the winter. Unfortunately, accidents happen all the time. If you or a loved one has been injured in a car wreck because of a reckless or negligent driver who failed to exercise caution when driving in inclement weather, you have the right to seek compensation. At Hach & Rose, LLP, our team of experienced New York car accident lawyers can help you get the justice that you deserve when you call us at Hach & Rose, LLP to discuss your case. 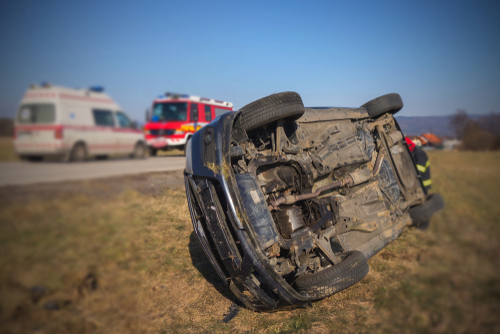 Pedestrian Deaths Have Reached a New Peak, According to the NHTSA

According to a report from the National Highway Traffic Safety Administration (NHTSA), pedestrian deaths reached a new and tragic peak. In the year 2018 alone, researchers found that approximately 6,283 pedestrians were killed in traffic accidents — that’s more than a 3% increase from 2017 and the most deaths in almost thirty years. Based on estimated in the first half of 2019, researchers believe that this upward trend will continue.

So what’s causing all of these deaths? According to data from the Centers for Disease Control and Prevention (CDC), pedestrians are almost twice as likely to be killed in a collision than a car occupant. Some of the most common risk factors include:

Hurt in an accident as a pedestrian? Hach & Rose, LLP can help you

Car accidents involving pedestrians are significantly more likely to result in severe injury or fatality than other motor vehicle collisions. If you or someone you love has been hurt in a pedestrian collision, contact our team of experienced attorneys at Hach & Rose, LLP for help.We will work to get you the compensation you need to pay your bills, repair or replace your damaged bike, and help you focus on recovery if you’re unable to work.  Call us at (212) 779-0057 to schedule your free consultation today. 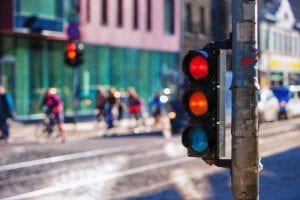 Running red lights is a careless and dangerous driving offense that can cost the lives of innocent people on and near the road. According to a report released by the AAA Foundation for Traffic Safety, 939 people were killed in accidents caused by running red lights in 2017. This figure represents a 28% increase since 2012, and a 10-year high for red light accident deaths. Almost half of those killed were people in other vehicles or passengers, and over 5% were cyclists or pedestrians.

The AAA Foundation’s most recent Traffic Safety Culture Index raised concerning questions about red light-running. According to the index, over 80% of people surveyed said they believed red light-running to be a seriously dangerous driving offense. However, the report showed that one third of the responders admitted to having run a red light within the past month. This careless driving act, often committed simply to save a few minutes on one’s commute, needlessly endangers those around all of these drivers.

Fortunately, the implementation of red light cameras has decreased the number of fatal red light-running accidents in large cities by as much as 21%. Since red light cameras increase the chances of reckless drivers getting caught in the act, well-publicized camera implementation can dissuade people from taking the opportunity to zoom through stale yellow lights at intersections, and thus decrease the odds of fatal accidents. As of August 2019, more than 20 states were reportedly utilizing red light cameras, including Arizona, Colorado, Louisiana, California, Oregon, Florida, and Alabama.

How To Prevent Red Light Running

The AAA Foundation recommends that drivers examine their own driving behaviors and take measures to make the roads safer for all. The following tips can help drivers avoid running red lights and getting hit by red light-runners:

The AAA Foundation also recommends these tips for pedestrians and cyclists to avoid getting hit by red light-runners:

Hurt By a Negligent Driver? Hach & Rose, LLP Can Help

If you or a loved one have been injured in a red light-running accident caused by someone else’s careless disregard for your safety, we want to help you seek the compensation you deserve for your injuries. We have a demonstrated history of successfully representing injured individuals, and we can help you through this trying time. Contact Hach & Rose, LLP at (212) 779-0057 for a free consultation today. 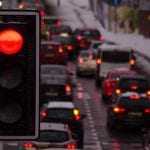 New Paltz, NY (June 30, 2019) – This afternoon, a man was hospitalized following a three-car crash that took place on the New York State Thruway around 2:55 p.m. END_OF_DOCUMENT_TOKEN_TO_BE_REPLACED 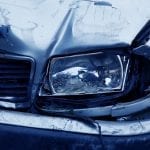 Alabama, NY (June 29, 2019) – Police confirmed that one man was killed in a head-on crash that took place on Bloomingdale Road in Alabama around 4:00 p.m. END_OF_DOCUMENT_TOKEN_TO_BE_REPLACED 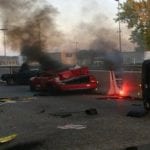 Oswego, NY (June 23, 2019) – One person received injuries at an Oswego Speedway event when they were involved in a car crash and their vehicle burst into flames. END_OF_DOCUMENT_TOKEN_TO_BE_REPLACED 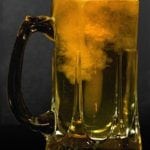 Hauppauge, NY (June 23, 2019) – Police were called to the scene of a DUI accident that took place on Lincoln Boulevard in Hauppauge that injured three individuals. END_OF_DOCUMENT_TOKEN_TO_BE_REPLACED 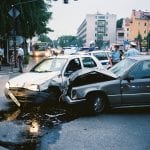 North Babylon, NY (June 16, 2019) – Police claim that a man from West Islip was injured in an accident after a wrong-way accident on the Sunrise Highway today, June 16th. END_OF_DOCUMENT_TOKEN_TO_BE_REPLACED 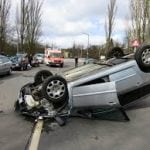 Woodridge, NY (June 16, 2019) – Police arrived at the scene of a rollover accident that caused injuries in eight people at the intersection of Church Road and Glen Wild Road. END_OF_DOCUMENT_TOKEN_TO_BE_REPLACED