Holbrook, NY (July 2, 2019) – Two vehicles collided resulting in one of them overturning and leaving four people hospitalized early Tuesday morning, July 2nd, in Holbrook. Police confirmed that the crash took place at around 12:30 a.m. on Nicolls Road in the aforementioned Long Island neighborhood.

According to authorities, 22-year-old Rose Dresher was traveling north near Patchogue-Holbrook Road when she collided with another vehicle that was heading in the same direction. The second car, operated by 57-year-old Manuel Cepeda, ultimately overturned as a result of the impact. Police accompanied emergency responders at the scene, where four people were reported to have suffered injuries.

A passenger in the car that was struck, identified only as a 56-year-old man, was transported to Stony Brook University Hospital with serious injuries. Both Dresher and Cepeda, as well as a backseat passenger in the struck vehicle, identified only as a 28-year-old, were taken to Long Island Community Hospital with injuries considered non-life-threatening.

The collision is actively under investigation at this time. 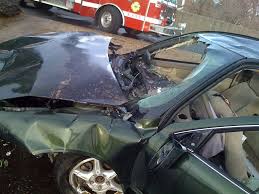 Our sincere sympathies are extended to all four injured parties, first and foremost. While it can be difficult, it is essential for any victims of a New York car accident to know that they may likely have substantial rights in terms of recovering financial compensation from a reckless or otherwise negligent party.

At Hach & Rose, we understand that there are very few things as challenging as dealing with an unexpected injury. Our New York accident attorneys are here for you 24/7 as we can significantly help you along the frequently problematic path toward obtaining reimbursement for your injuries. If you have been hurt in a New York car accident due to the careless actions of another motorist, please don’t hesitate to call 212-779-0057 today.