Theresa, NY (June 28, 2019) – A two-vehicle accident that took place at approximately 3:45 p.m. on Friday, June 28th, is currently under investigation by police. The collision took place at the intersection of Route 37 and Route 411 in the town of Theresa, between a 2001 Chevrolet Malibu and a 2012 Nissan Rogue, according to authorities.

Investigators stated that the operator of the Malibu, identified as 20-year-old Eugene M. Morehouse, of Cheektowaga, was heading east along Route 411 when he stopped at the intersection. Morehouse is currently believed to have failed to notice the Rogue that was moving south along Route 37 as he entered the intersection and the vehicles subsequently collided.

The Malibu was pushed off the roadway and into a field. Emergency responders were at the scene a short time later. A medical helicopter was called to the scene, where Morehouse was airlifted to Upstate Medical Center and has been listed in stable condition at this time. The operator of the Rogue and one passenger, identified as Hannah F. Hodolitz, 21, of Evans Mills, and Christopher R. Valenzuela, respectively, suffered minor injuries and received treatment at Samaritan Medical Center in Watertown. 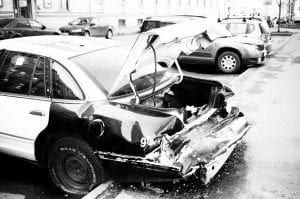 Before moving forward, our genuine sympathies are first and foremost extended to the three injured parties as we hope for their full recoveries at this time. Each motor vehicle accident holds the potential to be critically injurious or even fatal, especially those which occur at a high rate of speed or an intersection. As victims of a New York car accident, it is crucial to understand that you may have significant rights at this time.