Cedarhurst, NY (March 27, 2019) – Police stated that several people suffered injuries in a multi-vehicle crash that was reported to have taken place at the intersection of Peninsula Boulevard and Cedarhurst Avenue on Tuesday night, March 26th. According to authorities, a total of at least four vehicles were involved in the collision, which took place at approximately 10:30 p.m.

Police officers were dispatched to the scene, along with emergency medical responders, in order to assist anyone who may have suffered any injuries. According to paramedics, at least three people were reported to have been hurt due to the impact of the collision; however, the severity of injuries has not been stated.

Medical crews at the crash site attended to the victims and transported all three to a local hospital to be treated for non-life-threatening injuries.

The intersection where the crash occurred was shut down temporarily as police began their investigation, which is ongoing at this time. 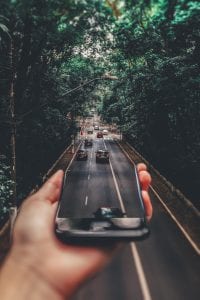 Our deepest sympathies are wholeheartedly extended to all three injured parties, as we preserve our greatest hopes for their full recoveries. Sadly, many car accidents in New York prove to be fatal or catastrophically injurious, especially those which occur at intersections and involve more than two vehicles. While it can be difficult, it is important for victims to know that they may have substantial rights moving forward.

At Hach & Rose, we know that there is nearly nothing as difficult as dealing with a sudden injury, and as members of the community, our accident attorneys are here for you 24/7 to answer any questions you may have. If you have been hurt in a New York car accident due to no fault of your own, please don’t hesitate to call 212-779-0057 today.