Staten Island, NY – Two Critically Injured During Crash that Split Car in Half

Staten Island, NY (March 20, 2019) – The cause of a crash that ultimately split a vehicle in half, seriously injuring both a driver and a passenger, is currently under investigation by police in Staten Island. The accident was reported to have occurred early on Wednesday, March 20th, at 12:41 a.m. at the merge of the Korean War Memorial Parkway and the West Shore Expressway.

According to police, at least two people were hurt in the crash after the driver of an Audi sedan lost control of the vehicle for unknown reasons and ultimately struck a tree at a high rate of speed. The driver, identified only as Aaron, and his passenger, identified only as Jesse, both of Huguenot, have been reported as the only two involved in the crash, although the investigation is looking to determine whether or not another party was involved.

Emergency medical crews arrived at the crash site, where they transported both victims to Staten Island University Hospital in Ocean Breeze. Each of the young men has been listed in critical condition, with Aaron in the ICU and Jesse undergoing surgery for internal bleeding. More details will be provided in the future. 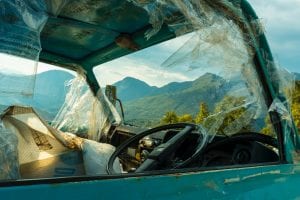 Before anything else, we would first like to extend our sympathies to both injured victims, as we maintain our highest hopes for their full recoveries. After a serious New York car accident, it can be difficult but it is terribly important to understand that you may likely have very significant rights moving forward, particularly in the event that you are not to blame for the accident.

At Hach & Rose, our New York accident attorneys have devoted their careers to assisting the victims of negligent drivers and other reckless entities. We realize that immense physical, emotional, and financial burdens frequently arise in the aftermath of an accident. If you have been seriously hurt in a motor vehicle crash due to the actions of another party or other entity such as a manufacturer, please don’t hesitate to call 212-779-0057 today.