Rochester, NY – RPD Officer Among Those Injured in Four-Car Crash at Intersection

Rochester, NY (March 1, 2019) – Four vehicles, including a Rochester Police cruiser, were involved in a motor vehicle crash after one of the cars ran a red light on Friday, March 1. The multi-vehicle collision was reported to have taken place at the intersection of Joseph Avenue and Avenue D.

According to police, a cruiser was traveling north along Joseph Avenue with its emergency lights activated when another car, that had been heading east on Avenue D, ran a red light. The vehicle, described only as a black car, subsequently crashed into the cruiser and triggered the collision.

The impact of the accident forced the cruiser into another car, while the black car continued to collide with a fourth vehicle. Emergency medical crews were immediately called to the scene where they transported the injured officer to Highland Hospital to be treated for at least minor injuries. The driver and one passenger in the black car were also hurt, although there was no word as to whether or not they were hospitalized.

The driver who caused the crash was cited for failure to yield to an emergency vehicle and running a red light. No further information has been provided at this time. 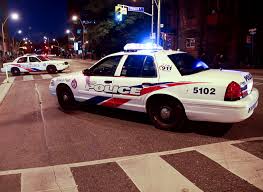 Our sincere sympathies are extended to the injured officer and any other victims, first and foremost. While it can be very challenging, it is important for victims of a New York car accident to understand that they may likely have substantial rights in terms of recovering financial compensation from a reckless driver.

At Hach & Rose, we realize that there are few things as difficult as dealing with a sudden injury. Our New York accident attorneys are here for you 24/7 as we can significantly help you along the often problematic path toward obtaining reimbursement. If you have been hurt in a New York car accident due to the inattentive actions of another party, please don’t hesitate to call 212-779-0057 today.