Bethel, NY (October 4, 2018) – A young man is in custody after colliding with a trooper’s SUV on Route 55. The crash was reported to have occurred at around 6:30 p.m. on Tuesday evening, October 2.

According to police, 18-year-old Jesse VanEps, of Eldred, was traveling west on Route 55 in a 1994 Jeep Cherokee when he drifted off the shoulder of the road and then swerved into the oncoming lane. Trooper Brandon Smith was traveling east on the same road at the time and attempted to avoid being struck by VanEps’ vehicle but was unsuccessful as the two vehicles collided head-on.

Emergency crews were quickly on the scene and both VanEps and Smith were transported to Catskill Regional Medical Center in Harris. Both parties were reported to have suffered injuries classified as non-life-threatening.

VanEps was charged with driving while ability impaired by drugs. He is scheduled to face the misdemeanor charge in court on October, 9.

We would like to extend our sympathies to both victims of this incident. New York car accidents are often caused by negligent or impaired drivers, and the aftermath of their actions can often be detrimental. 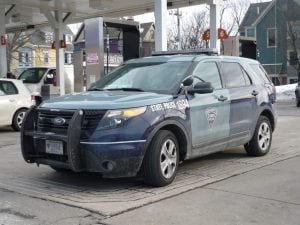 Unfortunately, many drivers engage in the negligent operation of their vehicle by way of behaviors such as excessively speeding, DUI, and distracted driving. As members of the community, we here at Hach & Rose have made it our mission to hold negligent drivers accountable for the pain and desolation they inflict.

Our empathetic and dedicated New York accident attorneys are here for you 24/7 to answer any questions you may have following an unexpected injury. If you have been injured in a New York car accident due to a negligent driver, please don’t hesitate to call 212-779-0057.