Jay, NY (June 20, 2019) – On Wednesday, June 19th, police were summoned to the scene of a two-vehicle car accident that took place along State Route 9N in the town of Jay, according to authorities. The collision occurred around 9:00 a.m. and resulted in the injuries of two parties.

According to police, a 2012 Ford Focus that was being driven by 27-year-old Tara E. Pratt, of Elizabethtown, collided with an Upstone Materials cement truck operated by 74-year-old George E. Dorr, of Keeseville. The impact of the collision caused the truck to overturn into the Ausable River, where an off-duty officer was able to help Dorr to safety as the truck caught fire.

When emergency medical crews arrived at the scene, they found Pratt entrapped in her vehicle. The injured woman was transported to University of Vermont Healthcare Network at the Champlain Valley Physicians Hospital in Plattsburg. She suffered facial contusions, as well as injuries to her lower extremities, and was taken to University of Vermont Medical Center in Burlington, VT, for additional treatment.

Dorr was reported to have suffered hand and leg injuries and was taken to Elizabethtown Community Hospital, where he was treated and then released. The official cause of the crash remains under investigation. 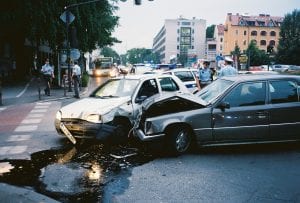 Before anything else, our sincere sympathies are extended to both injured parties, first and foremost. After a car accident in New York, especially those which involve a large vehicle, such as a truck, serious injuries often follow. At this time, it is imperative to understand that you may have significant rights in terms of recovering compensation in the event that you were not at fault.

At Hach & Rose, our compassionate New York accident attorneys have devoted their lives to the victims of negligent drivers and other irresponsible entities. We understand immense physical, emotional, and financial burdens arise in the aftermath of a sudden car accident, and we are here for you 24/7 to answer any questions you may have. If you have been injured in a motor vehicle accident due to the actions of another party or entity, please don’t hesitate to call 212-779-0057 today.