Richmond, NY (June 7, 2019) – According to a spokesman for the FDNY, one person was left injured following a motor vehicle accident that took place on Thursday afternoon, June 6. The crash happened at the intersection of Natick Street and Kensico Street in the town of Richmond.

An FDNY response was prompted immediately after the crash between no more than two vehicles which collided for an unknown reason. According to officials, the injured party was unable to exit the vehicle due to the impact of the accident but was removed by responders and taken away on a stretcher. Police and paramedics were among the emergency crews who responded to the scene.

The FDNY spokesman stated that the injured driver was quickly transported to Staten Island University Hospital in Ocean Breeze. The victim’s injuries were reported as non-life threatening at this time and the official cause of the crash is under investigation. 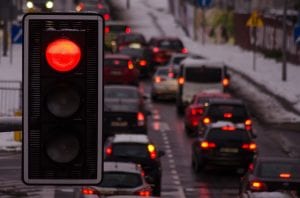 Before anything else, our sincere sympathies are extended to the injured party, first and foremost. Following a car accident in New York, particularly those which occur at intersections, serious injuries often follow even when those injuries may not seem immediately severe. At this time, it is imperative to understand that you may likely have significant rights in terms of recovering compensation in the event that you were not at fault.

At Hach & Rose, our compassionate New York accident attorneys have devoted their lives to the victims of negligent drivers and other irresponsible entities. We understand the immense physical, emotional, and financial burdens that arise in the aftermath of a sudden car accident, and we are here for you 24/7 to answer any questions you may have. If you have been injured in a motor vehicle accident due to the actions of another party or entity, please don’t hesitate to call 212-779-0057 today.