Montgomery, NY (May 28, 2019) – A motorcyclist suffered serious injuries after his bike collided with a car that was making a left turn onto Neelytown Road on Monday afternoon, May 27th. Police stated that the accident happened between a 2015 Harley Davidson and a 2006 Chrysler at an unspecified time.

According to authorities, a motorcyclist, identified only as a 29-year-old man, was traveling north along Route 416 when the southbound Chrysler attempted to make a left onto Neelytown Road. The vehicles collided and subsequently caused the motorcyclist to be thrown from his bike. An emergency medical helicopter was called to the scene, where the victim was then airlifted to Westchester Medical Center in Valhalla.

At this time, the victims’ condition has been described as very critical. The driver of the Chrysler, identified as a 53-year-old woman, remained at the scene and was not hurt in the crash. Montgomery Police are being assisted by state police and the Orange County District Attorney’s office in their investigation. 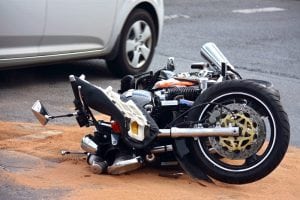 Our warmest sympathies are, first and foremost, extended to the victim as we are hopeful for his ability to recover from his injuries. Motorcycle accidents in New York are often critically injurious or fatal, especially when they are caused by the reckless actions of another driver. While it may be difficult, it is important for the victim to know that they may likely have substantial rights at this time.

Our New York accident attorneys at Hach & Rose have devoted their careers to those who have suffered due to the actions of a reckless or criminal party. We understand that there is nearly nothing as difficult as attempting to move forward after suffering a sudden and serious injury, and we are here for you 24/7 to answer any questions you may have.

If you have been seriously injured in a motorcycle accident due to reasons beyond your control, please don’t hesitate to call 212-779-0057 today.