Lagrange, NY (May 24, 2019) – Police from the Poughkeepsie barracks have announced the arrest of a teenage male who has been charged with two counts of rape in the first degree. According to authorities, the 18-year-old, whose name has not been released, was arrested for the B class felony on Monday, May 20th.

Investigators stated that police were initially sent to Route 55 in response to a call concerning a domestic dispute. Upon further investigation, police found that the suspect had raped a victim at the residence on two separate occasions, according to authorities. The teenage suspect was immediately arrested and charged with first-degree rape.

Police stated that the suspect was arraigned in the Town of Lagrange Court, after which he was released into the custody of the Dutchess County Probation Department. The victim has been granted an order of protection and the suspect is due back in court on June 4th. 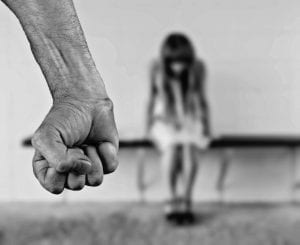 Above all else, we would, first and foremost, like to offer our sincere sympathies to the victim of the accused as we preserve hope for their full recovery at this time. It is terribly important to understand that, as the victim of sexual abuse in New York, you may likely have very significant rights in terms of obtaining compensation for the severe misconduct that you were wrongfully forced to endure.

At Hach & Rose, we are devoted to holding sexual abusers liable for their vicious and inexcusable actions. Our compassionate attorneys are unconditionally dedicated to providing victims with the most knowledgeable and experienced representation possible. As members of the community, we are here for you 24/7 to answer any questions you may have at this time. If you have been the victim of sexual abuse in New York, please contact our sexual abuse attorneys at 212-779-0057 today.