Southampton, NY: Identities Released of Those Injured in Collision

Southampton, NY: Identities Released of Those Injured in Collision

Southampton, NY (May 16, 2019) – Authorities have released identities and further information following the arrest of a man they say caused the injurious four-car crash that took place on Monday, May 13th. According to police, 59-year-old Kevin Hughes has been charged with driving without a valid license after he caused the collision that occurred around 8:15 a.m. on County Road 39, subsequently resulting in injuries to himself and two others.

Police stated that Hughes was traveling east in a 1999 Mercury Sable when he crashed into a 2014 Subaru driven by Leigh Wanamaker, of West Hampton. Wanamaker had also been heading eastbound near Shrubland Road at the time. Following the initial collision, Hughes hit a 2017 Tesla being driven by 29-year-old Alex Collazo, of Staten Island. Collazo was also traveling east when his vehicle was hit. Hughes then crashed into a westbound 2018 Chevrolet pickup truck being operated by 42-year-old Santos Palacios, of Hampton Bays.

Emergency medical crews accompanied police at the scene, where they transported Hughes, Wanamaker, and Collazo to Stony Brook Southampton Hospital. Palacios was uninjured in the crash. Hughes has now been arrested but no further information has been provided regarding the conditions of the other two injured victims at this time. 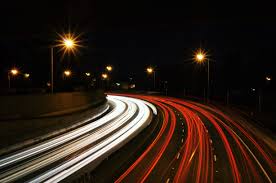 Our sincerest sympathies are extended to both Leigh Wanamaker and Alex Collazo, first and foremost, as we are preserving our highest hopes for their full recoveries. Following a car accident in New York, we understand that it can be difficult to focus on anything other than your recovery. However, it is extremely important to know that you may have substantial rights moving forward.

Our New York accident attorneys at Hach & Rose have devoted their lives to those who have unfairly suffered due to the actions of another party or other irresponsible entity. We realize that there is nearly nothing as difficult as dealing with the effects of a sudden collision, and we are here for you 24/7 to answer any questions you may have at this time.

If you have suffered injuries in a New York car accident due to no fault of your own, please do not hesitate to call 212-779-0057 today.