Staten Island, NY (April 24, 2019) – According to police, a 31-year-old man accused of sexually abusing two young girls pleaded guilty to first-degree sexual abuse on Tuesday, April 23rd. Sergio Paz-Guzman, of Stapleton, who was accused of sexually assaulting two children between January and June of 2018, is scheduled to be sentenced on May 20th in St. George.

According to authorities, Paz-Guzman forcibly touched both girls and performed a sex act on one of them during the above-noted time frame. Police stated that the defendant knew both of the victims prior to the inappropriate conduct and he was arrested on June 15, 2018.

Paz-Guzman was indicted on charges of forcible touching, sexual abuse, and endangering the welfare of a child. He was also charged with criminal sexual act and sexual conduct against a child. The plea deal results to two years in prison and five years of post-release supervision. 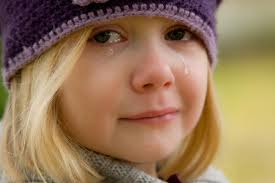 First and foremost, we would like to express our deepest sympathies for both victims of this detestable predator. At this time, it is crucial for family members and victims to understand that the recently drafted New York Child Victim’s Act allows child victims time to make an attempt at healing before bringing legal action against their abuser. At Hach & Rose, we are unyielding about holding those who commit such monstrous sexual offenses liable for their inexcusable actions. We firmly believe that each and every child victim deserves the most compassionate and understanding representation possible.

Sexual abuse in New York tragically occurs all too often, and we are devoted to helping the victims of such atrocious acts. Our sympathetic sexual abuse attorneys recognize the severe trauma that so many victims have been forced to endure, and we are here for you 24/7 to answer any questions you may have at this time. If you or a loved one has been the victim of child sex abuse, please do not hesitate to call us at 212-779-0057 today.