Lawrence, NY (April 17, 2019) – A two-vehicle crash involving a Nassau County police officer was reported to have taken place on Tuesday afternoon, April 16th. According to authorities, the crash was stated to have occurred just shortly before 4:30 p.m. at the intersection of Rockaway Turnpike and Bay Boulevard, in the vicinity of Lawrence High School.

Dispatchers sent police and emergency medical personnel to the scene of the accident which happened for reasons that have not been confirmed at this time. According to police, photos of the crash site showed the vehicles involved, which included a police SUV and an unidentified gray vehicle. The two vehicles were reported to have collided in the middle of the intersection, although which driver triggered the accident has not been verified.

Medical crews attended to the officer who sustained at least a minor head injury as the driver of the other vehicle was stated to have suffered chest pain as a result. The events that led to this crash are currently being investigated and no further information has been released. 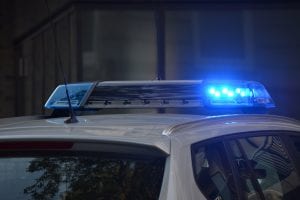 Our sincere sympathies are extended to the injured Officer, as well as the other victim of this incident. We maintain our highest hopes for their full recoveries at this time. Car accidents in New York are often fatal or critically injurious, particularly those which take place at intersections or involve high rates of speed. While it can be terribly difficult, it is important for victims to understand that they may have substantial rights moving forward.

At Hach & Rose, we realize that there is almost nothing as challenging as recovering from a sudden injury, and as members of the community, our accident attorneys are here for you 24/7 to answer any questions you may have. If you have been injured in a New York car accident due to no fault of your own, please do not hesitate to call 212-779-0057 today.