Eltingville, NY: Several Injured in Head-On Between Bus and SUV

Eltingville, NY: Several Injured in Head-On Between Bus and SUV

Eltingville, NY (April 17, 2019) – A serious crash on Staten Island was reported to have occurred between an SUV and an MTA bus, leaving the SUV mangled and several people injured, according to authorities. Police stated that the collision took place around 7:30 a.m. along Richmond Avenue.

The accident happened when a blue Chrysler Pacifica that was traveling southbound and an S59 bus collided head-on along the aforementioned road, between Hilltop Road and King Street. According to a preliminary investigation, the driver of the Pacifica is believed to have moved out of the northbound lane for unknown reasons, subsequently crashing into the southbound bus.

Emergency medical crews were dispatched to the scene where the bus driver and at least two passengers on the bus suffered injuries. Although the bus driver was found unconscious at the crash site, all three of those injuries are believed to be rather minor at this time. The Pacifica sustained a tremendous amount of damage and multiple injuries were initially reported. However, there have been no details released concerning the occupant(s) of the SUV.

The investigation into this incident is ongoing. 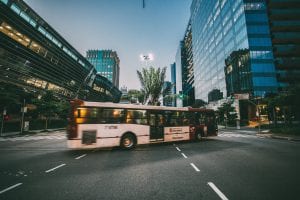 Before moving forward, our sincere sympathies are wholeheartedly extended to all injured parties involved in this crash as we preserve hope for their full recoveries. Bus accidents in New York are frequently fatal or at least seriously injurious, especially when collisions occur head-on. While it may be very difficult, it is important for victims to understand that they may have significant rights at this time.

At Hach & Rose, we realize that there is almost nothing as overwhelming as dealing with a sudden injury, and as members of the community, our accident attorneys are here for you 24/7 to answer any questions you may have. If you have been injured in a New York bus accident due to circumstances beyond your control, please do not hesitate to call 212-779-0057 today.