Patchogue, NY (April 12, 2019) – On Thursday evening, April 11th, a man from Wyandanch, who was reported to have had his license suspended 26 times in the past, fled from police twice before causing a six-vehicle crash that resulted in injuries. Police stated that 23-year-old Taieek Smith caused the multi-car crash following a brief police pursuit.

According to authorities, officers attempted to pull over Smith at approximately 5:30 p.m. in Holbrook, where he complied at first but then quickly sped away. Around seven minutes later, a separate officer attempted to pull Smith over along Sills Road in Patchogue but he again fled the scene after seeming to comply. Shortly after the second incident, Smith continued along Sills Road and ultimately caused a crash with five other vehicles.

Emergency crews and police were quickly at the scene, where they transported four people to the hospital with various, although non-life-threatening, injuries. Smith was immediately arrested at the crash site. 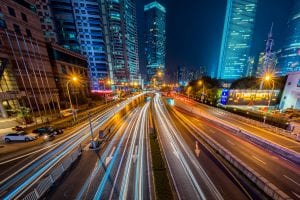 Unfortunately, many car accidents in New York end in extremely serious injuries or death, especially those which occur at the hands of a seriously reckless driver. We would like to extend our most genuine sympathies to all four injured victims. We currently maintain our highest hopes for their full recoveries. While it can be difficult, it is important for victims to understand that they may have rights moving forward.

Our compassionate accident attorneys at Hach & Rose have devoted their careers to those who have suffered due to the actions of a reckless blatantly criminal party. We understand the physical, emotional, and financial hindrances that occur in the aftermath a sudden accident, and we are here for you 24/7 to answer any questions you may have. If you have suffered injuries in a New York car accident, please do not hesitate to call 212-779-0057 today.