Glenville, NY (March 1, 2019) – A man who has been accused of engaging in sexual activity with a 14-year-old girl has been arrested and placed into custody. According to police in Glenville, 38-year-old Matthew Herbert, of Schenectady, attempted to evade capture by fleeing New York state, where he had allegedly committed his crimes, and was picked up by police in Pennsylvania.

Investigators stated that Herbert had been aware of his pending arrest and chose to flee to Pennsylvania in January of 2019. He has since been arrested by police and is accused of having sexual contact with the young girl between the summer of 2016 and autumn of 2018.

Herbert has been charged with rape, felony criminal sex acts, and endangering the welfare of a child, according to local authorities. The suspect was later arraigned in Glenville Town Court and has now been sent to Schenectady County Jail without bail. No further information has been provided at this time. 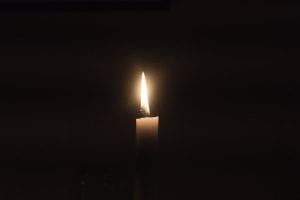 At Hach & Rose, we are adamant about holding those who sexually abuse others liable for their disgraceful actions, and we firmly believe that each and every victim deserves the most compassionate and experienced representation possible. Above all else, we would first like to express our sincere sorrow for the victim, as we maintain hope for her physical, emotional, and mental recovery.

Sexual abuse in New York happens far-too-often, and we are passionately devoted to helping the victims of such heinous acts. Our dedicated and sympathetic sexual abuse attorneys recognize the severe distress that so many victims have been forced to experience, and we are here for you 24/7 to answer any questions you may have at this time. If you or a loved one has been the victim of sexual abuse, please don’t hesitate to call us at 212-779-0057 today.