Bronx, NY (February 12, 2019) – Authorities have identified one man who was gravely injured in the chain-reaction crash that occurred early Monday morning, February 11, in the Bronx. The devastating collision tragically resulted in the death of one person and the injuries of several others, including one who was critically hurt, according to authorities.

The critically injured party has been identified as 22-year-old Riker’s Island Correction Officer Richard Lue. Lue had been operating the Honda Civic that was struck by a 2015 Mercedes Benz, as well as a 2012 GMC van, during the accident which occurred at around 1:15 a.m. on the Cross Bronx Expressway. Lue was immediately taken to St. Barnabas Hospital, where he is currently listed in critical condition.

A 2002 Chevrolet Trailblazer was also located at the scene, however, it was not directly involved in the crash. The driver of the Trailblazer, 28-year-old Jaquan Cesar, had exited the vehicle in order to assist any victims but was struck and killed by a hit-and-run driver. The driver of that vehicle is currently being sought by police.

This article has been updated. The original article can be found here. 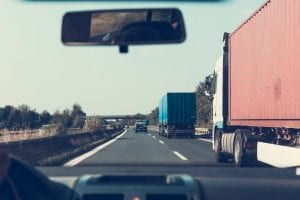 We extend our deepest condolences to the loved ones of Jaquan Cesar, as we would also like to offer our sincere sympathies to Richard Lue and the other injured parties. We currently maintain hope for their full recoveries. If you have been involved in a New York car accident, it is terribly imperative to realize that you may have rights moving forward.

At Hach & Rose, our compassionate New York accident attorneys have dedicated their lives to helping the victims of reckless drivers. We recognize the immense physical, emotional, and financial hindrances that arise in the aftermath of a serious accident. If you have lost a loved one or suffered injuries in a motor vehicle accident due to the actions of another party, please don’t hesitate to call 212-779-0057 today.