Mount Hope, Bronx, NY (February 11, 2019) – Three vehicles crashed into an already existing two-car accident, subsequently resulting in the death of one person and the injuries of five others. The accident was reported to have happened in the early morning hours on Monday, February 11, according to authorities.

Police reported that the fatal collision occurred at around 1:17 a.m. on the Cross Bronx Expressway in the Mount Hope section of the Bronx. The initial collision that started the incident was stated to have taken place when a yellow 2012 GMC van collided with a 2018 Honda Civic in the westbound lanes of the expressway. Moments later, a 2015 Mercedes Benz crashed into the Civic as a BMW then struck the Benz.

According to police who arrived at the scene, a man in a 2002 Chevrolet Trailblazer had exited his vehicle after pulling over in the left lane. That individual was tragically struck by another vehicle while crossing the eastbound lane and attempting to help others injured in the previous collision. That vehicle fled the scene and the victim, identified as 28-year-old Jaquan Cesar, was pronounced dead shortly after responders arrived.

Emergency medical crews transported the driver of the Civic to St. Barnabas Hospital, where they have been listed in critical condition. Among the other injuries was a woman who has been hospitalized and listed in stable condition. No further information has been reported at this time. 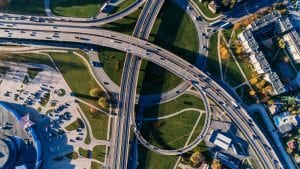 Before anything else, our deepest condolences are extended to the loved ones of the Mr. Cesar. We would also like to offer our sincere sympathies to the injured parties as we maintain hope for their full recoveries. Following a New York car accident, it is terribly imperative to realize that you may have rights moving forward.

At Hach & Rose, our compassionate New York accident attorneys have dedicated their lives to helping the victims of reckless drivers. We recognize the immense physical, emotional, and financial hindrances that arise in the aftermath of a serious accident. If you have lost a loved one or suffered injuries in a motor vehicle accident due to the actions of another party, please don’t hesitate to call 212-779-0057 today.