Olean, NY – One Hurt in Two-Vehicle Crash at Intersection

Olean, NY (February 5, 2019) – According to police, a two-vehicle accident resulted in one injured party on Monday afternoon, February 4, in the town of Olean. The crash was reported to have occurred at around 4:39 p.m. at the intersection of West State Street and North First Street.

Police reported that 65-year-old Denise J. Gross, of 1298 Old Rock City Road had been traveling along West State Street when she crashed into the rear-end of a vehicle that was stopped at the aforementioned intersection. The driver of the vehicle that was hit, identified as 60-year-old Charlene R. Burgess, of 259 Harrisburg Run, Bradford, PA, was stated to have suffered injuries as a result of the impact.

Emergency medical crews accompanied police at the scene and confirmed the injuries, however, the extent of the victim’s wounds has not been released at this time. Police are likely to be engaged in a detailed investigation into the events that led to this accident. 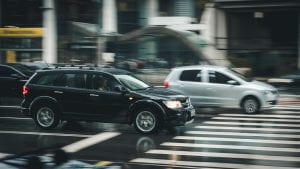 Before anything else, our most genuine sympathies are currently extended to Charlene R. Burgess as we maintain hope for her full recovery. Following a car accident in New York, particularly one that was caused by reasons beyond the victims’ control, it is essential for the victim to understand that they may have very significant rights at this time.

At Hach & Rose, our compassionate New York accident attorneys have dedicated their lives to helping those who have been hurt by the actions of another party. We recognize the immense physical, emotional, and financial burdens that arise in the aftermath of an unexpected car accident and we are here for you 24/7. If you have been injured in a New York car accident, please don’t hesitate to call 212-779-0057 today.