Astoria, Queens, NY (January 25, 2019) – Two cars collided in the Astoria section of Queens Friday night, January 25, that ultimately resulted in the injuries of six people. According to police, the accident occurred at around 6:30 p.m. in the area of 20th Road and Steinway Street after two vehicles crashed, including one that jumped a curb and struck a building.

Police at the scene stated that two vehicles carrying four people and two pedestrians were involved in the accident that prompted responses from emergency medical crews. Paramedics at the crash site confirmed that three passengers in one vehicle and the driver of the other all suffered injuries. The conditions of the occupants have been stated as minor and it is currently unclear as to whether or not any of them were hospitalized.

The two pedestrians who were reported to have been standing on the curb at the time of the crash sustained serious, although non-life-threatening injuries. Both pedestrians were immediately transported to a local hospital.

Authorities have not reported on a possible cause of the accident as a thorough investigation is currently being conducted. 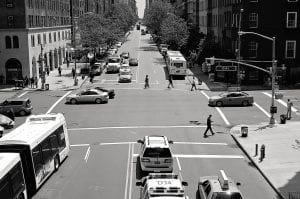 First and foremost, our kindest and most genuine sympathies are extended to all six victims of this crash as we preserve optimism for their full recovery. Following a serious car accident in New York, particularly one that is also a pedestrian accident, it is immensely important that all victims involved know that they may have very significant rights in terms of compensation.

Our sympathetic New York accident attorneys at Hach & Rose have devoted their lives to helping the victims of inattentive drivers and other negligent entities. As members of the community, we are wholehearted about supporting those who have been wrongfully hurt as we fight for the reimbursement they deserve. If you or a loved one have been injured in an accident due to no fault of your own, please don’t hesitate to call 212-779-0057 today.

Recent Posts
Could your baby formula be dangerous? Five Tips for Talking to Your Doctor about Your Car Accident Injuries Staff Spotlight: Filomena Schollin Four Things You Should Never Say After a Car Accident What Questions Should I Ask a Truck Accident Witness? My Philips CPAP Machine Was Recalled, What Now? What Not to Say After an Accident with a Truck Driver in New York  5 Tips to Prevent Autumn Car Accidents Attorney Spotlight: Evan Bane How Are Truck Accidents Different from Other Auto Accidents?
Categories