Canton, NY (January 22, 2019) – Police responded to the scene of a two-vehicle accident that was reported to have taken place on Tuesday morning, January 22, in Canton. According to police, the accident happened at around 8:30 a.m. along Route 11, which resulted in the closure of the roadway for approximately one hour, as well as an injured person.

Authorities stated that the collision occurred between a light-grey SUV and a dark-grey pickup truck that had been carrying a plow and a sander at the time. Police stated that an airbag had been deployed in the SUV at the scene as paramedics were called to the crash site along with law enforcement.

One person inside the SUV was reported to have suffered injuries in the crash as they were quickly transported to Canton-Potsdam Hospital for treatment of non-life-threatening injuries. At this time, the events that led to the collision are currently being investigated by local police. 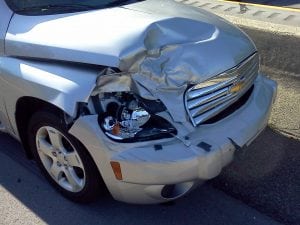 Before anything else, our kindest and most genuine concerns are extended to the victim of this collision. Following a car accident in New York, it is absolutely imperative to know that as the victim of someone else’s actions or other reasons beyond your control, you may likely have very significant rights at this time.

At Hach & Rose, our compassionate and devoted New York accident attorneys have committed their lives to assisting the victims of careless drivers and other entities such as a manufacturer. We understand the immense physical, emotional, and financial hindrances that arise in the aftermath of a serious car accident. If you have suffered injuries in a crash because of the irresponsible actions of another person or other entity, please don’t hesitate to call 212-779-0057 today.