College Point, Queens, NY (January 21, 2019) – Firefighters and police responded to the scene of a multi-alarm fire that broke out at a business and resulted in the injuries of one individual on Monday morning, January 21. The fire was reported to have started at around 7:45 a.m. in the basement of a company located on 14th Avenue in the College Point section of Queens.

According to authorities, several people were inside the building when the blaze started. One worker was reported to have been found lying on the floor after responders arrived. Emergency medical personnel quickly transported that person to Jacobi Medical Center where they are currently listed in critical but stable condition.

Further information released stated that firefighters were called out of the building at one point after several oxygen tanks exploded in the fire. Thick black smoke that was whipped up by 40 mph winds made fighting the fire much more difficult, as hundreds of firefighters were reported to have remained at the scene well into the afternoon. 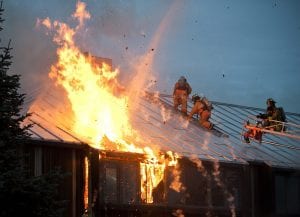 First and foremost, we would like to express our warmest sympathies to the severely injured victim of this fire. We would also like to extend our deepest gratitude to the New York firefighters who risked their lives battling this blaze.

Many fires in New York end with fatalities or critical injuries as they are among one of the most dangerous situations that anyone may encounter. After such a harrowing event, it is extremely important for victims to understand that they may have serious rights in terms of recovering compensation.

At Hach & Rose, LLP, we realize that there is nearly nothing as difficult as dealing with an unexpected injury, and we are here for you 24/7 to help answer any questions you may have. If you have been hurt in a New York fire or explosion, please don’t hesitate to call (212) 779-0057 today.