Staten Island, NY (November 26, 2018) – An FDNY response was prompted following a motor vehicle accident that resulted in an overturned vehicle Monday evening, November 26. The accident was stated to have taken place at around 5:00 p.m. on Victory Boulevard, in the vicinity of Manor Road in Castleton Corners.

The overturned vehicle was reported to police as a red Hyundai that had flipped over, resulting in a smashed windshield. Emergency Service Units from the NYPD and FDNY worked to flip the vehicle onto its wheels.

A spokesman for the FDNY stated that a second vehicle was involved in the crash. Another vehicle near the Hyundai was reported to have sustained damage to the rear driver side fender and a flat tire. According to the spokesman, one individual was immediately taken to Richmond University Medical Center, however, no information has been released in regards to the condition of the victim.

There was no mention of the other party involved as this is a developing story and no further details have been provided. Police are likely to be investigating the events that led to this accident at this time.

We would first like to extend our kindest sympathies to the injured victim of this incident. Car accidents in New York commonly occur for several different reasons, often related to either the negligent operation of one of the vehicles involved, such as excessive speed or in some cases, the mechanical failure of the vehicle. 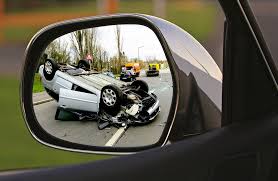 It is important to understand that if another person, manufacturer, or other entity is responsible for a crash that results in your injuries, you may likely have the right to file for financial reimbursement. An experienced New York accident lawyer can greatly ease your burdens and assist you along the frequently problematic path toward obtaining full compensation.

At Hach and Rose, we realize the physical, emotional, and financial difficulties that follow a sudden injury. If you have suffered injuries in a New York car accident due to someone else’s negligent actions, please don’t hesitate to call us at 212-779-0057 today.