Elmont, Long Island, NY (October 31, 2018) – A serious collision involving four vehicles sent one of the cars careening into four students on Wednesday afternoon, October 31. The crash was reported to have taken place at approximately 3:00 p.m. on Elmont Road and Dutch Broadway, according to authorities.

Police stated that four vehicles were involved in an accident at the intersection when one of those automobiles was sent off the roadway, subsequently hitting a tree and striking the children before flipping over. Three girls and one boy, aged between 15 and 16 years old were standing on the sidewalk when the collision occurred.

According to authorities who arrived on the scene, two of the girls who were struck were immediately transported to a local hospital in critical condition. The other two students were listed in serious condition following the crash.

All four children were just leaving Elmont High School at the time of the incident, and no further details regarding the cause of the initial crash have been released. Motorists were forced to avoid Dutch Broadway between Doblin Street and 238th Street, as well as Elmont Road between Village Avenue and Freeman Avenue.

Police are currently conducting a thorough investigation of this accident.

We would like to offer our sincerest condolences and most heartfelt thoughts and prayers to all four of the students tragically injured by this accident. We realize that there is nothing quite as difficult to handle as the sudden injury or loss of a child. Pedestrian accidents in New York are very often among the most devastatingly injurious types of collisions, and the overwhelming expenses that arise during such a time can be devastating. 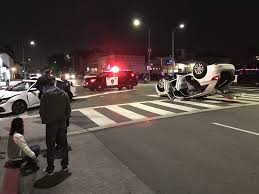 At Hach & Rose, we have made it our responsibility to assist those who have been affected by the reckless actions of another party. If you have or a loved one has been hurt in a New York pedestrian accident or another kind of crash, please don’t hesitate to call 212-779-0057 today.