Cortlandt, NY (October 30, 2018) – 22-year-old Kevin Singleton, of Putnam Valley, was arrested yesterday for his involvement in a serious head-on collision that injured three people on Friday night, October 26. According to authorities, police were dispatched to the scene of the crash which took place at around 7:00 p.m.

An investigation into the crash showed that Singleton had been driving his 2013 Ford F150 south on Croton Avenue when he veered into the northbound lane. Singleton continued in the opposite lane for a short time before crashing into an oncoming 2017 Honda Civic. The three passengers in the Honda all suffered injuries.

Police along with emergency medical personnel were immediately called to the scene where they found one of the victims suffering from serious injuries. The other injuries sustained were considered relatively minor. All three victims were transported to a local hospital for treatment.

Singleton was believed to be intoxicated at the time of the accident and an investigation proved that he had a BAC of three times the legal limit. Singleton has been charged with vehicular assault, reckless endangerment, and three counts of DWI.

No further information concerning the current conditions of the victims has been provided at this time.

Above all else, our most heartfelt sympathies are currently extended to the three injured parties as we hope for their full recoveries. Every car accident in New York has the possibility to yield overwhelming results, particularly those which involved the blatant negligence of an impaired driver. 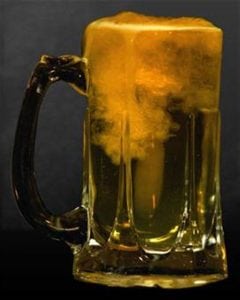 Intoxicated drivers show absolutely no regard for the lives of those in our community, and we absolutely believe in holding such parties liable for their actions. Our passionate and experienced New York accident attorneys at Hach & Rose are here for you 24/7 to answer any questions you may have. If you have been injured in a New York car accident due to a severely negligent driver, please call 212-779-0057 today.