Beekmantown, NY (October 30, 2018) – Two of four contractors who were working on power lines for the New York Power Authority Tuesday afternoon, October 30, died after jumping from a helicopter. The helicopter was reported to have got caught up in the power lines shortly after 4:00 p.m., according to authorities.

The devastatingly fatal mishap took place as the workers were beginning work on power lines across from 131 Burke Road. The helicopter the workers were in became entangled in the power lines and caught fire, causing all four occupants to leap from the aircraft to the ground, approximately 40 feet below.

A man who was working on a garage in the vicinity helped to pull the victims away from the area before the burning helicopter fell from the power lines. The chopper was reported to have crashed to the ground at around 4:15, about 10 minutes after the initial accident.

Firefighters and emergency rescue crews arrived on the scene a short time later along with state police, the State Department of Environmental Conservation, and Clinton County Emergency Services. Two of the injured victims were treated and released from Champlain Valley Physicians Hospital. Tragically, the other two workers were pronounced dead shortly after the incident.

An investigation into this unfortunate crash is ongoing at this time.

We would like to extend our most heartfelt thoughts and prayers and deepest condolences to the loved ones of the two deceased victims during this devastating time. We maintain hope for the full recovery of the other two injured victims as we hope to understand the cause of this tragic accident. Workplace accidents in New York, particularly those an aircraft, will commonly leave victims and surviving loved ones with numerous questions. 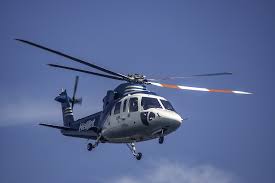 At Hach & Rose, we are dedicated to assisting those who have been affected by the negligence of another person, corporation, or other entity. Our compassionate New York accident attorneys take pride in easing the encumbrances that arise for those affected by these kinds of tragedies. If you have been hurt or lost a loved one in a workplace accident because of a negligent party or other entity, please don’t hesitate to call 212-779-0057 today.