Tonawanda, NY (October 22, 2018) – A serious crash was reported earlier today that resulted in the death of one person on Monday, October 22. The victim of that crash which closed down a large portion of the I-290 has now been identified as a 40-year-old tourist from Pakistan, Hamad Mir. The crash took place at around 1:00 a.m. on the interstate between the Niagara Falls Boulevard and Colvin Boulevard exits.

Town of Tonawanda police stated that four others were also injured in the crash, including three children. Initial reports stated that another vehicle was believed to be involved, although the confirmation stated that Mir’s vehicle struck a guardrail during the accident. Town of Tonawanda Police were immediately called to the scene, as well as paramedics and the Brighton Volunteer Fire Department to assist the victims.

Mir was tragically pronounced dead at the scene of the crash. Three children who were inside the vehicle at the time were quickly rushed to Oishei Children’s Hospital with injuries that were considered non-life-threatening. One elderly woman was transported to Buffalo General Hospital, and one other female passenger was reported to have been unharmed in the accident.

No further details have been made available at this time, and the crash is currently under investigation by authorities.

Before moving on, we would like to extend our most heartfelt thoughts and prayers to the loved ones of Hamad Mir. A fatal car accident in New York will commonly leave the surviving family with numerous questions. Making the choice to acquire qualified representation to help during such a tragic time can go a long way toward healing. 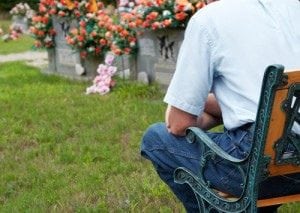 At Hach & Rose, we are passionate about assisting those who have been devastated by the negligence of another driver or entity. Our compassionate New York accident attorneys pride themselves on reducing the turbulent process that follows the sudden loss of a family member. If you have lost a loved one in a car accident or other kind of crash due to the actions of another person or entity, call 212-779-0057 today.